You Remember Him In MASH, But Alan Alda Just Revealed Some Devastating News 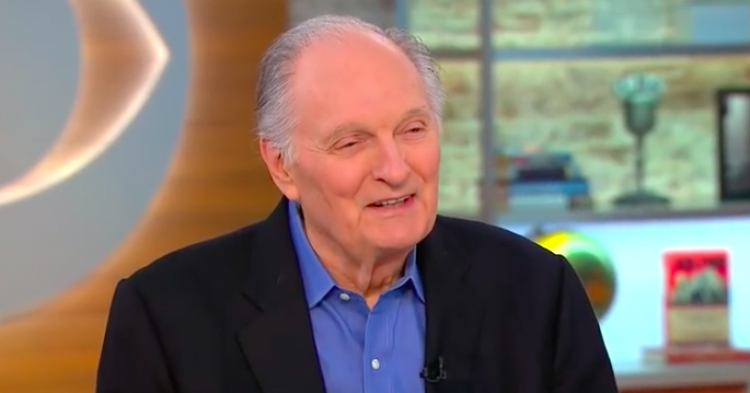 One of America’s national treasures just announced some devastating news. Actor Alan Alda, perhaps most famous for his role on M*A*S*H, revealed some surprising health news during a recent interview. The 82-year-old star, who played Hawkeye Pierce on M*A*S*H, dropped the bombshell during an interview on CBS This Morning — he was diagnosed with Parkinson’s disease three years ago.

Alda, who also famously played Arnold Vanick on West Wing, stopped by the morning show to chat about his new podcast. During the interview, he shared: “I was diagnosed three-and-a-half years ago and I’ve had a full life since then. I’ve acted, I’ve given talks, I help at the Alda Center for Communicating Science at Stony Brook, I’ve started this new podcast.” 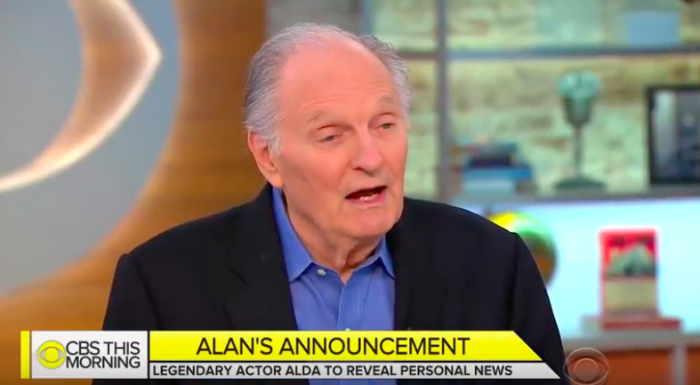 He is in good spirits and feeling well, noting that he has yet to show any symptoms besides a “thumb twitch.”

Alda noted that he wanted to share his diagnosis personally, delivering the news himself, he said, because “I thought it’s probably only a matter of time before somebody does a story about this from a sad… point of view, which is not where I am.”

The diagnosis came after he suspected he might have the disease, though he had no obvious symptoms, interestingly enough. Alda shared: “I was having a dream that someone was attacking me and I threw a sack of potatoes at him but what I was really doing was throwing a pillow at my wife.” 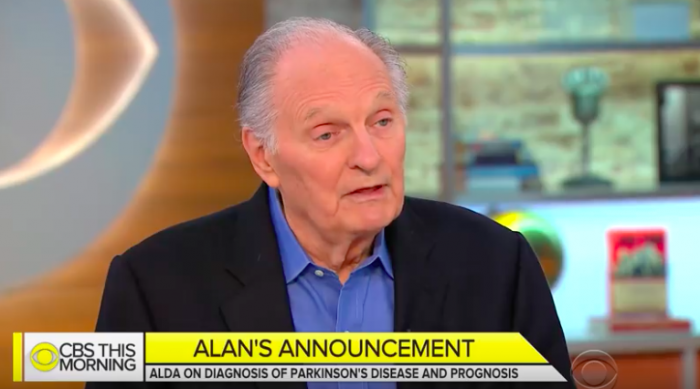 Those sleepy occurrences, he said, clued him in that there might be more to the dreams. In fact, that type of behavior, of acting out dreams, can be a sign of Parkinson’s disease.

Parkinson’s disease is a neurological condition that destroys cells in the brain that control movement. It can cause muscle stiffness and slows movement, and can have symptoms like tremors, sleep disturbance, and chronic fatigue. There is no cure and the disease can progress slowly over many years. 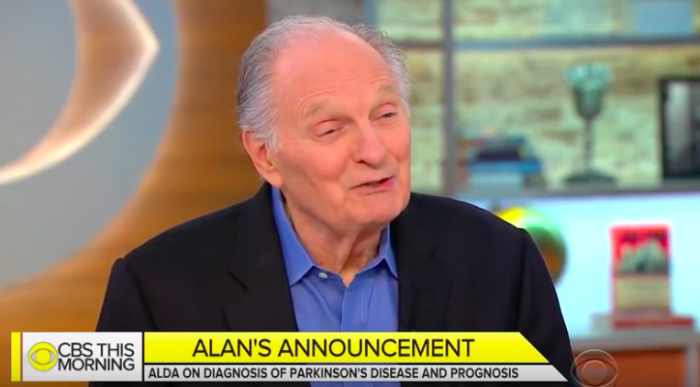 He remarked: “What’s interesting is this is a disease that’s different for almost everyone who has it. You don’t know what it’s going to be. But the main thing is there’s stuff you can do.”

Alda took to Twitter to share the news with fans as well, tweeting: “I decided to let people know I have Parkinson’s to encourage others to take action. I was Diagnosed 3 and a half years ago, but my life is full. I act, I give talks, I do my podcast, which I love. If you get a diagnosis, keep moving!” 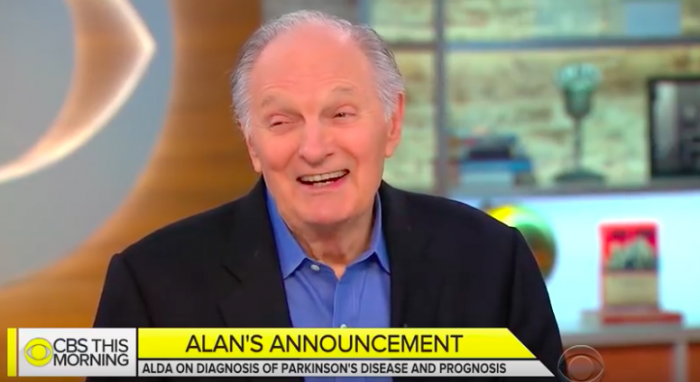 The actor added: “I take boxing lessons 3 days a week, play singles tennis twice a week, and take a mild pill – all Dr. recommended. I even juggle a little. And I’m not entering dementia. I’m no more demented than I was before. Maybe I should rephrase that. Really, I’m good.”

Alda has been a working actor since the 1950s, has been married to wife Arlene for 61 years, and has three daughters.