Woman Shows The Outfit That Got Her Kicked Out Of Disneyland 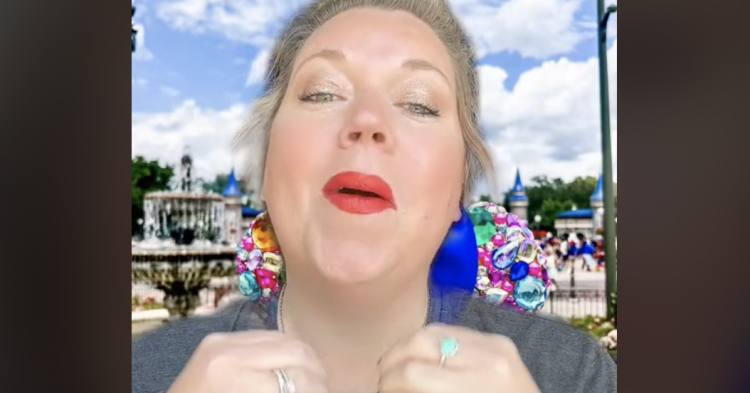 Ashley Aiello achieved fame on TikTok after she turned to the Chinese-created social media app to talk about how she was kicked out of Disneyland in California for violating the theme park’s dress code. Although we have published stories in the past about women in crop tops and halter tops getting kicked out of the Happiest Place on Earth, Ashley’s story is a bit different, which is why she turned to TikTok to speak about her incident and make it clear to everyone that she disagrees with Disney’s decision to kick her out of the theme park for what she was wearing.

As a Disney superfan, Ashley actually runs a small business in which she sells Disney-themed items like clothing and various accessories. And because she is such a big fan of the entertainment company, she tries to visit Disneyland “one to three times a year” to make sure she gets enough happiness in her life. And while she visits the theme park, she uses the location to take photos of her various Disney-themed products to help sell them faster on her online shop. That’s why she was shocked when she was dress coded at the theme park and asked to leave immediately or face retribution. 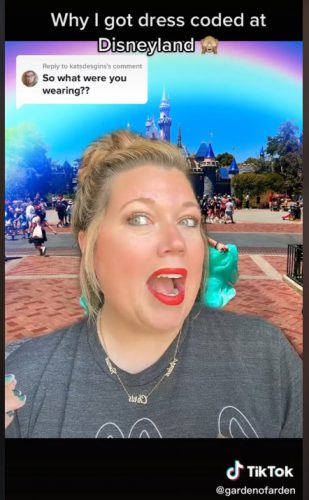 “So, me being the extra person I am, I got a ball gown to take in front of the Disneyland castle for product photos with my daughter,” Aiello said, revealing a photo of her in the striking green dress. “I’ve seen lots of influencers take pictures with ball gowns. I’ve done it before at Disney World. I really didn’t think that there was anything wrong with it!”

Although Ashley felt that she should have been allowed to wear the green dress at the theme park, floor-length dresses are a violation of Disney’s theme park dress code due to various safety concerns with these outfits. In addition, the Disney website details the dress code policy by writing how “costumes may not reach or drag on the ground,” and if a particular costume has various layers to it, those outfits “may be subject to additional security screening.” 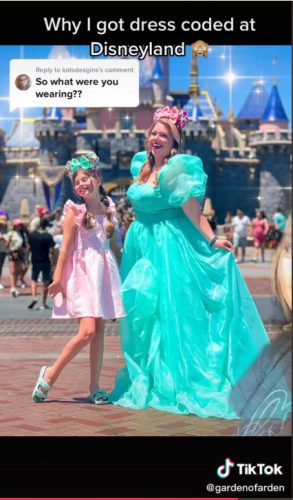 Some people on TikTok expressed their outrage at Disney. They wanted Ashley to be allowed to wear the outfit that she showed in her viral TikTok video.

“That dress is so puffy! It can get caught up in between the rails of an attraction. … I think that’s the main problem!” one TikToker clarified.

“You can’t look like one of the characters as it’s against the rules. Too long to explain, but one reason is kidnappers,” another wrote. 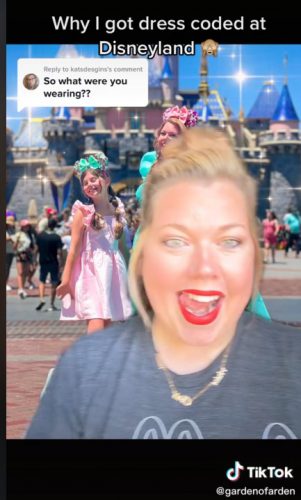 Additionally, Disney has a rule that “costumes may not be worn by Guests 14 years of age or older.” The reason for this is that the theme park does not want guests to be confused by a cosplay outfit because the theme park provides people with costumes.

“Disney says the reason they don’t allow adults to dress up is because it could ruin the magic for a child,” a TikTok user commented.

“I think it’s because it looks too much like Ariel’s park gown,” another wrote.

What do you think about Ashley’s outfit? Is it a violation, in your opinion?