When He Pulled This Out Of The Pool, I Vowed Never To Swim At His House Again 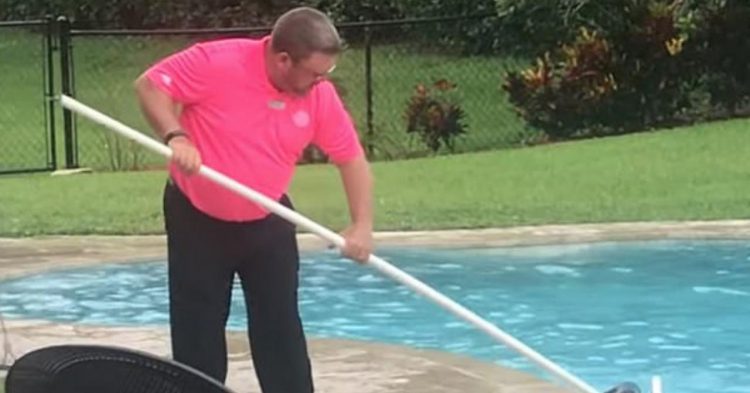 While hanging out in their backyard, a family in Florida noticed something strange. An uninvited guest had made its way into their property and was enjoying a refreshing dip in the family’s pool. So, who was this uninvited guest? It was a massive Florida alligator of course! As it so happened, the gator, estimated to be about nine-feet-long, decided to get into the family’s pool and hang out in the bottom of it so it could get some much-needed rest and relaxation.

When the family woke to find the gator on their property and to make a claim of their pool, they knew they had to get some professional help. They called in a trapper who helped get the alligator out of the pool after a struggle. 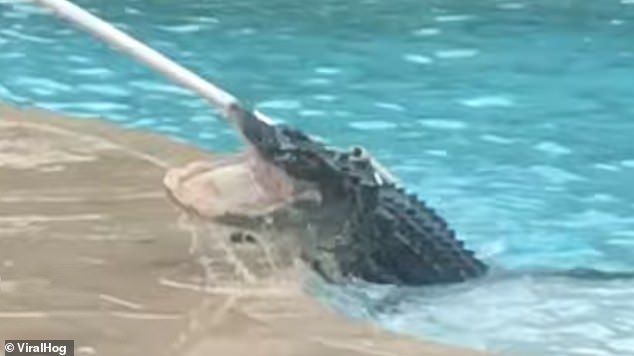 “After I got up one morning, I scanned the backyard and pool area before letting the dogs out. I saw something floating in the pool and realized we had a surprise guest!” Florida resident Mike Evans said. He lives with his family and dogs in Palm Beach Gardens and knows that living in Florida comes with the risk of alligator sightings.

Because he needed to get the gator out of his pool, Evans called a professional trapper who was more than happy to put his skills to the test and get the nine-foot gator out of the family swimming pool. 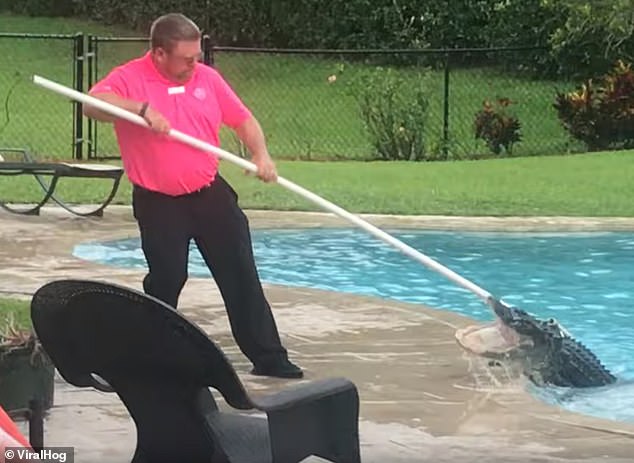 “The trapper came out here with some gear to get a six-foot alligator out,” Evans told CBS News. The trapper was not prepared for what was hanging out in the family pool.

Evans said, “He said that thing is nine-feet and he went back and got bigger gear. It was kind of nuts.” 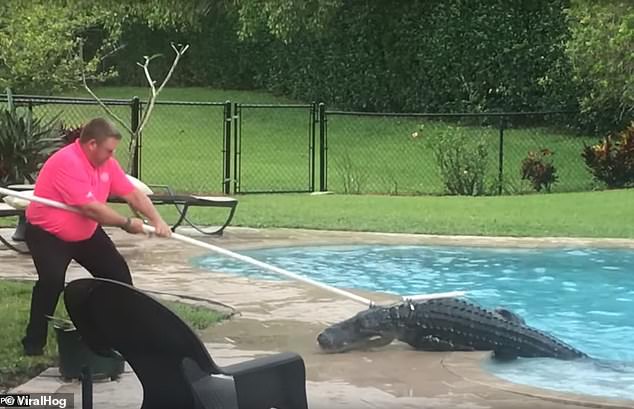 A video was later posted online that shows the trapper doing what he does best. With a white pole, he manages to get a hook around the gator’s neck and drag the huge reptile out of the deep end and into the shallow end. With a lot more effort, he eventually gets it onto the edge of the pool where he heaves it out of the water and onto the patio. 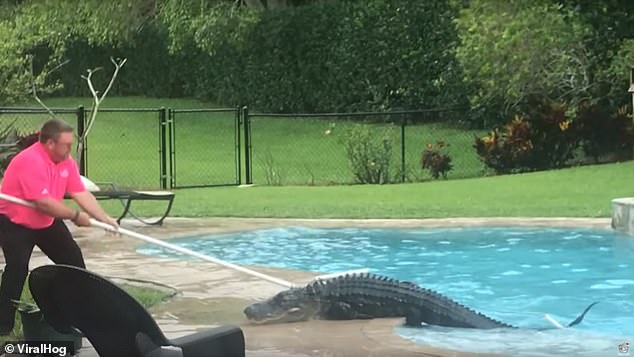 Trapping this large gator took all the man’s strength. As he was dealing with it, the gator threatened him with its massive teeth as it held its mouth open in a threatening grimace. The trapper needed about twenty minutes to remove the gator from the property. Evans took a back seat while his neighbor offered help to lift the heavy gator into the trapper’s truck.

The person who shot the video footage was Vanessa Schultz. She told WPTV that she was terrified the entire time. 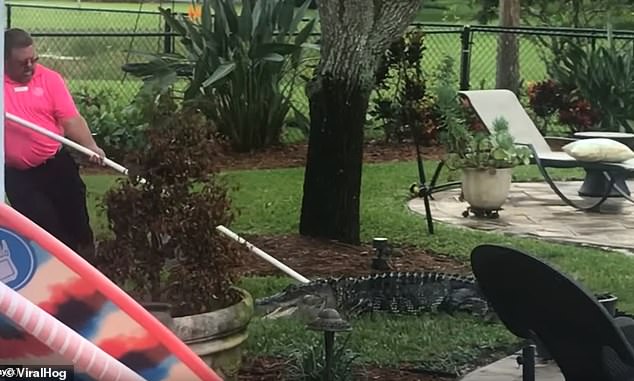 “It was big really bit,” she said. “I was totally in panic. It totally concerns me. So now I’m scared, and I don’t want to leave my kids outside playing in the backyard. I also need to check the pool and check before going outside the house.”

The gator was relocated to a farm, according to the Florida Fish and Wildlife Conservation Commission. 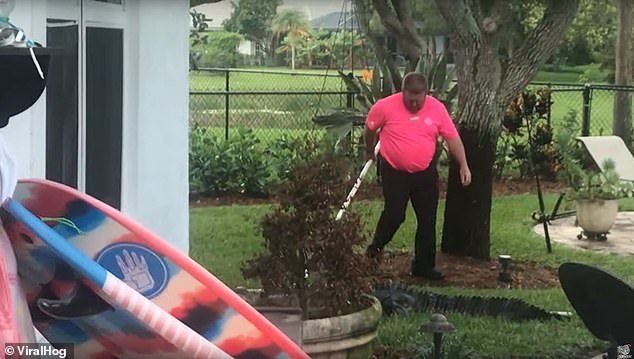 What do you think about this alarming gator footage?