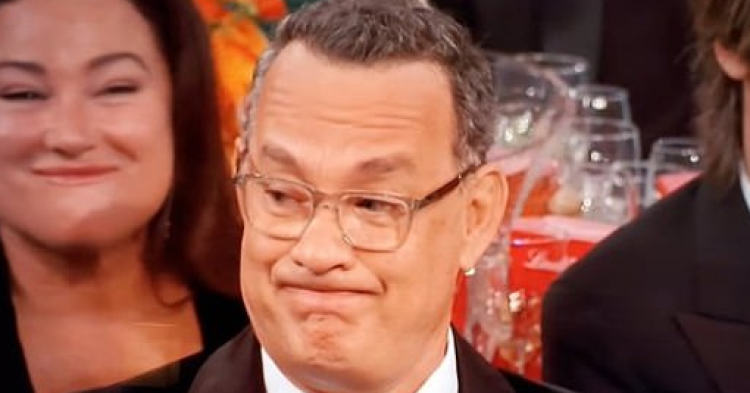 Although Tom Hanks was on everyone’s mind during the Golden Globes on Sunday, his son, Chet, had to come along and ruin everything for him. The young white man shared a video of himself on the internet, hyping up his father while speaking in a terrible Jamaican accent. The 29-year-old son of the award-winning actor, who once rapped unsuccessfully under the name Chet Haze, joined his A-list parents and three siblings for the Golden Globes celebration on Sunday only to ruin the evening for all involved.

During the Golden Globes, Tom Hanks was presented with the Cecil B. DeMille lifetime achievement award. Chet was so excited about his dad’s success that he could not help but gloat in his interpretation of the Jamaican accent. The son did it in a very visible way, filming himself on the red carpet speaking in what has been interpreted as a very bad attempt at the Caribbean accent. 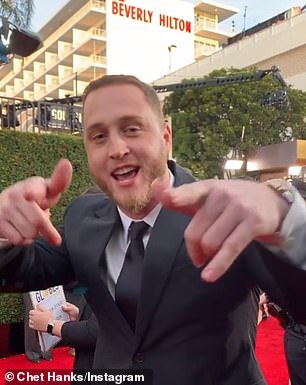 Chet Hanks was quickly ridiculed for his miserable attempt to be “cool” by appropriating the Jamaican accent. And people were happy to label him a fool for attempting to mimic another culture.

Chet’s mother, Rita Wilson, shared her own comments about the adult son’s video, saying that it was “maybe the best laugh of the night,” but not everyone agreed with her blind approval of her son’s behavior. 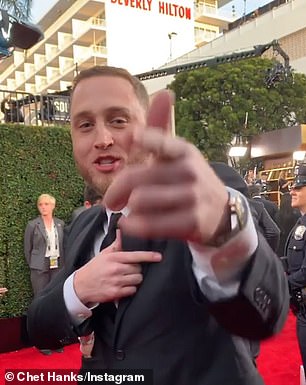 Another wrote, “IDK how but blamed Drake.” 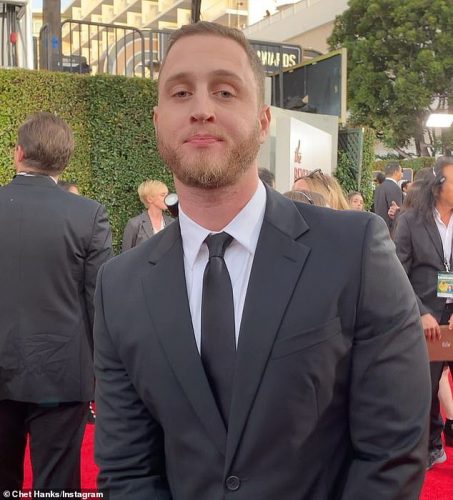 Other people said, “This is disturbing and chaotic.”

While another wrote, “Sometimes the apple falls off the tree and rolls down a hill and into a ravine.”

“Tom Hanks is so Tom Hanks that the most non-Tom Hanks thing about him is Chet. For that, we’re lucky.”

One person cruelly wrote, “So there is one thing that Tom Hanks has made that hasn’t worked.”

“I’m so sad I was born to a poor family because being an epic fail son would rule.”

Comments like these provided no end to the conversation on social media. People were quick to point out that Chet Hanks did not have the same class and appeal as his father. Instead, his crude mimicry of another culture revealed a depraved entitlement that many people are quick to criticize the Millennial generation for.

“Thank God for Colin,” one person wrote. “The legacy is only safe with him.”

“Chet Hanks tried to be a rapper a few years ago. He even covered his body in tattoos.” 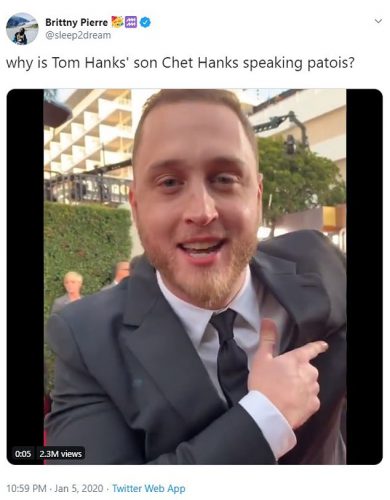 People are right to say that Chet Hanks is very different from his father. Because Tom Hanks is so popular and has become a Hollywood icon, Chet is trying to rebel and look as different from his likable dad as possible. The surest way to do that is to offend a group of people and appropriate their accent in a failed attempt to look cool in front of A-listers on the red carpet. As you can tell, the attempt painfully backfired in his face.

What do you think about Chet Hanks’ behavior on the red carpet?