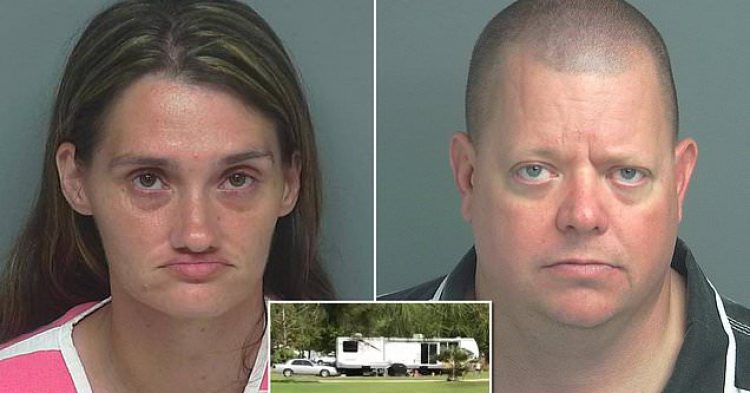 A Texas couple tortured and abused a twelve-year-old boy until he was able to escape their evil home. The child, who was forced to wear a diaper and was hardly ever fed, was strangled often and starved to the point that he weighed just 50 pounds when he escaped. If he had not been able to get out of the clutches of Angela Cassidy and Troy Hall, the boy might have withered away to nothing, and the boy’s mother and her boyfriend might have been facing murder charges.

Instead, Cassidy and Hall were found guilty of injury to a child in connection to the abuse. The pair systematically abused the victim over a two-year span. Prosecutors described to the court how Cassidy and Hall would force the preteen boy to wear a diaper. He would also be starved and strangled on a regular basis.

“This case just shows us it is evil in this world,” Shanna Redwine, chief of the special victim’s division for the Montgomery County District Attorney’s Office, told KPRC. “He was locked in a room in a trailer, restraints were used on him, handcuffs were used, we found evidence of that in our investigation and that ultimately physically abused repeatedly and not fed.”

The couple used their RV at the Cut N Shoot RV Park in Conroe, Texas, as the boy’s holding cell. However, the child managed to escape on May 15, 2019, and alert the authorities. Because of that courage, the boy was able to get his mother and her boyfriend arrested. Now he is spending time with another family as part of his protective custody.

“He found the strength and found the courage to run and to ask for help, and a good Samaritan saw him, frankly, put herself in danger to step in and to make sure he would never have to go back to that home,” Redwine said.

Hall pleaded guilty to abuse and received a staggering sentence of 45 years. Meanwhile, the boy’s mother, Cassidy, only received 40 years in prison for her portion of the offense.

“Angela Cassidy had taken this child to multiple doctors (and) never reported the abuse, which she knew was going on never sought any help,” Redwine said.

Fortunately, the victim of the abuse is doing much better now. He has gained weight after escaping the abusive situation. He is currently being closely monitored by the caring people at Child Protective Services, the prosecutor said.

Readers of Daily Mail were surprised to hear about this abuse in Texas.

“It always amazes me how someone can do such harm to someone, especially their own child. I sure hope when that nasty woman is in prison, that they will not bestow her any dental care and dentures. She deserves nothing of that nature.”

“The doctors didn’t notice how emaciated the child was when she took him to his appointments? I’m glad he is finally getting the help he needs. Also, she looks like she is missing her dentures.”

What do you think about the details of this crime in Texas?