They Finally Found The Reason Their Bathroom Kept Flooding 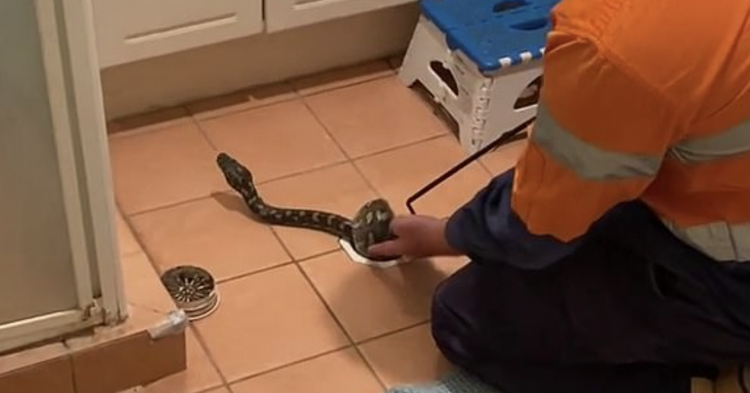 A couple from Queensland, Australia, had no idea why their bathroom drained suddenly began to flood. The pair had never had trouble with their shower before, so they didn’t have a clue as to why it was flooding all of a sudden. As the pair began to take a look at what might be blocking the drain, they were shocked to find an eye staring back at them through the drain hole – an eye that belonged to a seven-foot python living in their pipes.

As soon as the people realized they were dealing with a python, they called Snake Catchers Brisbane and Gold Coast. The company sent out professional snake handler, Bryce, to check out the Tarragindi property, which is located south of Brisbane, Australia. 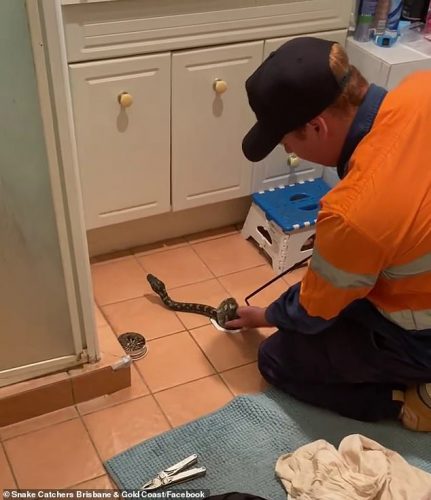 Fortunately, the snake catcher caught footage of the animal removal. Bryce used a hooked device to carefully remove the snake from a tiny drain on the bathroom floor. The animal keeps on coming out of the pipe and eventually gets measured to be about two meters in length, which is more than six feet.

A woman then says, “This is not what I was expecting, but I’m glad it’s okay.”

The snake-catching company shared the video on social media, where it promptly went viral. On Facebook, hundreds of concerned people shared their reactions in the comments.

“True fear of mine… I always keep a heavy bath mat over my bathroom floor drain for this reason,” one user wrote.

Another person joked, “Cementing my drains up now.” 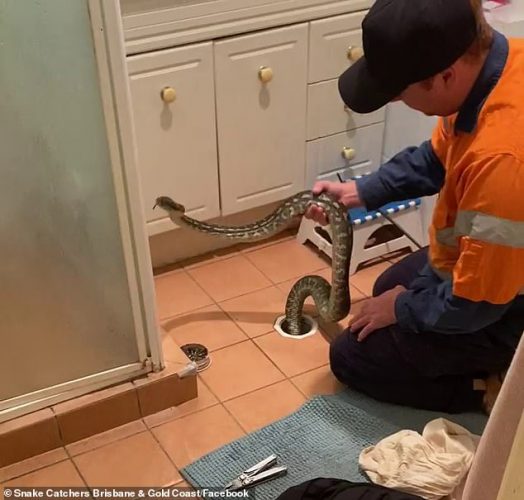 “Thank goodness they didn’t put the plumber snake down there!”

“Poor bugger was probably relieved someone helped him outta there. Good job.”

“Look at the size! Probably very frightened and looking to try and get away.”

“Well done, unlike some snake catchers that post up videos, people can see that most snakes are very placid unless frightened or threatened.”

“This is what happens when you shower for half an hour at a time snakes come.” 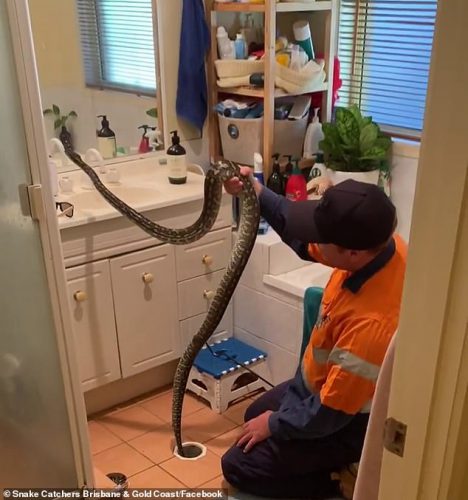 Many viewers questioned how the snake could have entered the plumbing in the first place. Some people proposed theories that the animal might have slithered in through a drain pipe or find a hole on the outside of the home that is used to enter.

“I want to know how he got in there? From the drain at the footpath? Should we put grates over them?”

Some people made it clear that the presence of pythons would make them want to avoid Australia for the rest of their lives.

“Australia is not okay. Leave this island to the animals,” one user commented.

“This would truly make me not move here! I would be a sheer panic!”

What do you think about this snake in the drain?