The Lockdown Has Made Rats “Super Confident,” And They Are Now Invading Through Toilets 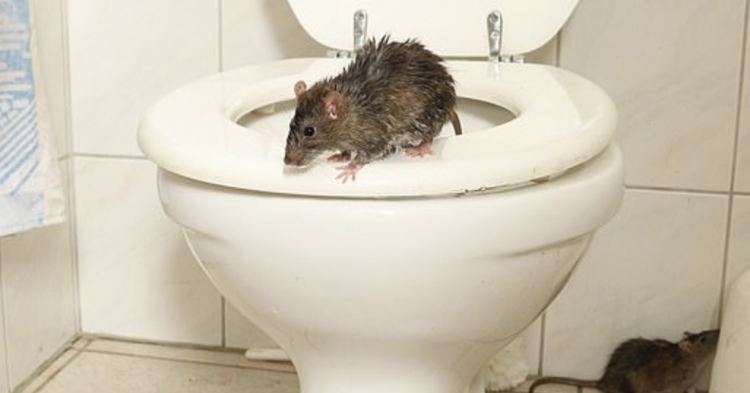 A pest control company from the United Kingdom has alarming news for homeowners everywhere. Rats have become super confident. The rodents are not so brazen that they’re climbing through plumbing to enter homes through toilets and other drains. Because rats are now desperate for food, they are willing to do almost anything to get it, including entering homes through toilets or through other openings like letter slots in doors.

Rentokil, the British pest control company, shared the alarming news. Because the country locked down its economy in March, just like the United States did, rats turned to alternative ways to get the food they needed to survive. The pest control company reported a 22 percent increase in the number of house calls they have needed to complete regarding rats in homes.

The increase in services is more than the company has dealt with within six years. Brits are reporting that rats are getting far more aggressive and confident than before as they seek out food sources after restaurant scraps became scarce between March and June during the lockdown.

Paul Blackhurst works as the head of the technical academy at Rentokil Pest Control. He’s been shocked by how bold rats have gotten in the wake of the COVID lockdowns.

He said that “given the growing population” of rats, it is likely that “more businesses will record increases in rodent activity.”

The pandemic, along with the mild winter last year due to climate change, has resulted in a rat population boom. With so many rodents living in the United Kingdom right now, they’re bound to get more aggressive to find food in homes. That means they’ll break through any small hole they can find or even break into homes through the sewers and plumbing.

And when temperatures start dropping during winter, these rats are going to need to find shelter. Brits must prepare for them to try to enter their home and seek shelter.

A spokesperson for the company warned any homeowner or renter to watch out for rats as they try to get indoors before outside temperatures become too hard for the rodents to handle.

The spokesperson said that rats are likely to “search for food near to homes and vacant business premises.”

Readers of Daily Mail shared hundreds of reactions to the story in the comments. Here are some from readers like you:

“I recently had the unpleasant experience of having a rat pay a visit to my flat (ground floor) by way of the toilet. It made a lot of noise as it tried to make itself out of the toilet but thank God I had closed the door, or it would have made its way to other parts of the flat, most likely the kitchen. It was so noisy I initially thought someone had broken in…the morning after the rodent was gone, but it had left some pellet-sized souvenirs!”

One reader was confident in her housecats.

“My two cats handle the security with this lot, lol. It’s because of bins not being collected weekly! Regardless of what spin or blame they put on it.”