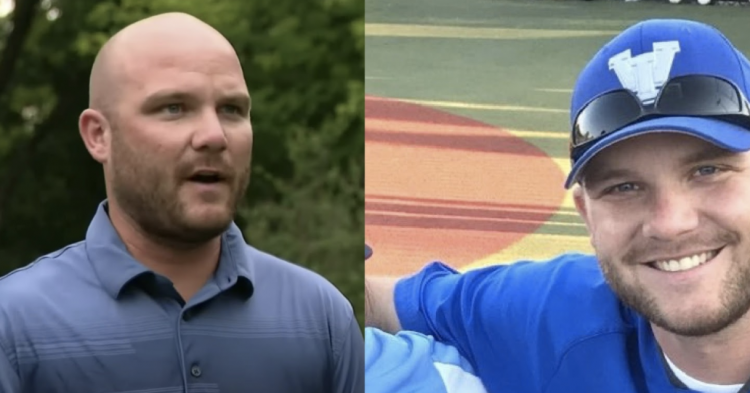 For years, Justin Kucera has dedicated himself to his students and players. As a teacher and coach at a high school in Michigan, he has dedicated his adult life to educating the next generation. Now, after stating a fact on Twitter, he has been fired from the job he adores above all else. The controversial tweet that lost Justin Kucera, his job at the Michigan school, included the words, “Donald Trump is our president.”

Although Kucera claimed he lost his job over the seemingly innocuous phrase, his account of the incident is now being questioned because there are inconsistencies. If he is proven to have fabricated any element of his story regarding his termination from work, he could be facing a more serious problem than just the loss of his job.

Until he tweeted his feelings to the world, Kucera was a varsity baseball coach and a social studies teacher at Walled Lake Western High School. But that all changed, allegedly, after he tweeted, “I’m done being silent. @realDonaldTrump is our president. Don’t @ me.”

Then he retweeted President Trump’s tweet that “SCHOOLS MUST REOPEN IN THE FALL!”

Trump has drawn a lot of criticism for pushing teachers to put their lives at risk despite the country’s ineffective response to the coronavirus pandemic. While other countries have been able to stop the spread of the virus, Americans have been resistant to wearing masks and practicing social distancing, which are the main ways to slow the spread of the respiratory virus that has killed hundreds of thousands of innocent Americans.

Kucera accused his former employer of taking a wicked view of his social media comments. He claimed that after he posted his support for President Trump on the social media platform, he was terminated from his position after a meeting with officials at the school.

In a candid interview with the Washington Free Beacon, where Kucera did not hold back a single punch, he said that the district superintendent and school principal contacted him after he declared his support for Trump on Twitter. Whether or not these school officials read his tweets at the time is unreported.

“I was required to meet with [human resources], the superintendent, and my principal [on July 10],” he said. “They initially took my statement on why I tweeted those tweets, and they told me they would have a decision about my future employment in the upcoming days. When they completed the meeting, I was told I had the option to either be fired or resign.”

Kucera claimed that he shared his message in an effort to unite people instead of further divide them.

“I know a lot of people are just rooting for Trump to fail, and I don’t think that anybody should do that,” he said. “Agree with him or not, you should want the president to do well. I apologized that [the tweet] brought so much negative attention, but I’m not sorry for what I said.”

On Tuesday, Fox Business reported that Kucera might have fabricated the entire story. Fox reported that the Walled Lake Consolidated School District superintendent, Kenneth Gutman, had not met with the disgruntled teacher, and no disciplinary action was taken against Kucera for his love of Trump.

“No disciplinary action was taken as a result of any support of President Trump, and we are unable to comment on specific staff discipline/personnel matters,” he stated.