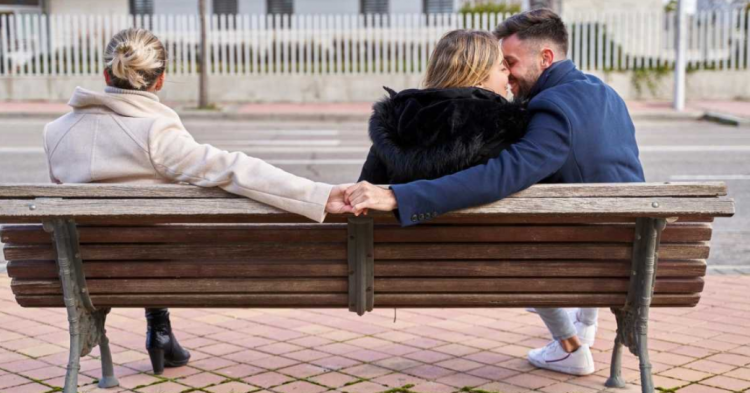 Brook loves her husband. And she’s willing to make sacrifices in order to keep her man happy. Although people outside of their relationship looking in argue that Brook is doing too much to keep her hubby satisfied, she insists that this marriage is exactly what she wants and wouldn’t have it any other way. Brook follows a swinger lifestyle, which means she shares her husband with other women – but who those women are should give you a reason to pause and ask, “Could this be real?”

Brook has shared several videos to TikTok, where they have gone viral across the globe. People are infatuated with Brook’s apparent lifestyle and the way she manages her marriage to her husband. Because she is willing to share the man of her dreams with other women, she faces a lot of criticism from others online. However, she doesn’t just let her husband “play” with women she meets online or at the bar; Brook encourages the man she married to have affairs with her mother and her sister.

Recently, Brook, who was posting her content to the Chinese-created social media platform TikTok as the user name brookmacklin2123, deleted her account. Perhaps, she was getting too much flack for sharing the intimate details of her relationship with her husband. Nevertheless, Brook’s content has been preserved by the internet, and we were able to obtain quotes from her videos that will leave you speechless.

According to her viral videos, Brook is proud to live a “swinger” lifestyle with her husband. Brook doesn’t just take her husband to sex parties and seek out partners on the street. No. Instead, she has partnered up with the people closest to her in her life to ensure that her husband gets satisfied in more ways than one. These women who are helping her swing are her little sister and her mother, according to Brook’s disputed viral videos.

Brook’s first video features herself and an older woman who is supposed to be her mother. The video was captioned with “a real swinger household.” In the video, Brook’s husband comes into the shot and kisses his wife. When her husband is about to leave the video frame, Brook asks him, “what about my mom?” which prompts her husband to give her a lingering kiss.

A follow-up video features Brook and the woman, who is apparently her mother. The pair kiss. Another video, which is organized similarly to the first one, shows Brook and her little sister. Brook’s husband comes into the shot and kisses his wife and then gives his sister-in-law a big kiss, too.

At this point, viewers started to get alarmed. Because Brook’s younger sister looked like she might be underage, they began to worry that the family might be abusive. Others were concerned that Brook was misleading people by captioning the original video “a swinger household” when it was clearly so much more complicated than that.

Brook later claims she keeps her husband happy by “letting him play” with her younger sister.

In another viral video, Brook shares something that leaves her followers and fans in a state of utter shock.

“Yeah, that’s my mom. Yeah, I let my hubby have her a couple of times a week,” she says with a smile.