Stranger Has “Gut Feeling” About Missing Boy, So He Launches His Drone 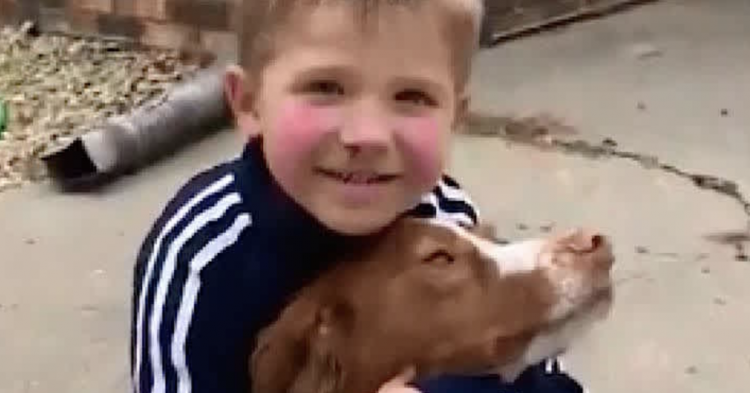 Life was very predictable for Ethan Haus, 6, and his siblings. Every day after school, they’d ride the school bus together. They got off the bus at the same stop every day. But on this day, Ethan rushed off the bus to play with the family dog, Remington, a spaniel. Because Ethan and Remington were always spending precious time together, no one thought twice about him playing with the dog after school this particular day.

Then Ethan and the dog never came home for dinner. The family, who lived in Minnesota, became very fearful that something might have happened to the little six-year-old boy. His family immediately flew into a panic because they knew that the Minnesota evening would become frigidly cold as temperatures quickly dropped into the low 40s. If they did not find Ethan quickly, he might not survive the cold night.

The community rallied behind Ethan’s family. They banded together to launch a search party to help find the little boy who was lost in the cold. With the support of multiple law-enforcement agencies from the area, the community searched every inch of the surrounding area.

After ten hours of searching, the community had come up dry. Although they had searched nearly every inch of the dense cornfields around Becker, Minnesota, looking for the cold boy and his lost dog, they did not make any progress.

Thankfully, Steve Fines, a stranger, thought of an idea that would save the idea. As the owner of Fines Aerial Imaging, he figured that he could use his drone technology to locate the lost boy and his faithful canine.

Fines admitted he “couldn’t go to bed knowing that I hadn’t done something.” So, he launched his drone into the sky and used its infrared technology to help locate the lost boy.

When Fines arrived at the area, it was already 9 pm. Ethan had been lost for hours, and no one had found any clues as to where he and his dog were. Fines was just one out of hundreds of people scouring the community looking for the lost boy, but he was the one person with an idea to use technology to find the boy faster.

After running his idea by authorities, they allowed Fines to use his thermal camera to search for the boy. Fines launched the drone and then targeted his camera toward a large cornfield that had yet to be searched.

When he found a “bright spot” in the middle of the farmland, he knew that he was onto something. Fines helped launch a targeted search of that cornfield. Men and women ran into the corn stalks, screaming for Ethan and his dog. They hoped that he would respond and that the bright spot would be the little boy that had been looking for all this time.

Thanks to Steve Fines, Ethan was found before it was too late. If he had been lost in the cornfield all night, he might have frozen to death. Instead, drone technology saved the boy from such a terrible fate.