State Declares An Emergency When This Bug Started To Invade 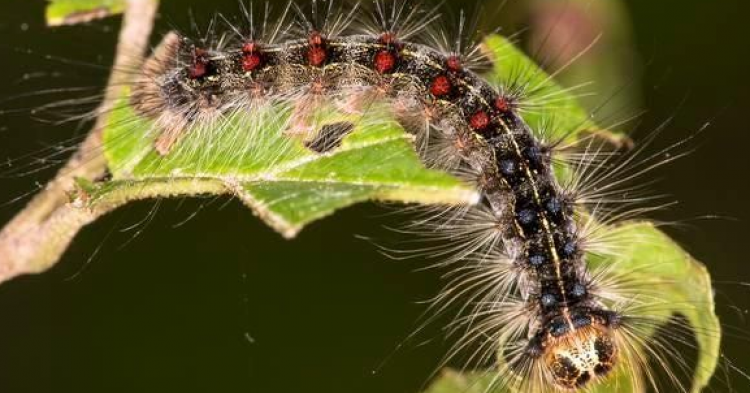 With the threat of “murder hornets” sweeping across the United States, Americans are starting to get very scared of the insects that have traveled across the world, through the American border, from Asia. And while murder hornets, which are two-inches long, do pose a threat to our way of life, there is a much bigger problem on our hands that few people are willing to talk about – the gypsy moth invasion.

“If established in the United States, Asian gypsy moths could cause serious, widespread damage to our country’s landscape and natural resources,” the U.S. Department of Agriculture is a warning.

A species of gypsy moth that is native to Asia has recently broken through the border in Washington state. In that haven in the Pacific Northwest, Governor Jay Inslee has taken swift action before the gypsy moths destroy the land that so many love. The governor has issued an emergency proclamation after the species was discovered inside the state.

Because the Hokkaido gypsy moths were found in parts of Snohomish County, Governor Inslee needed his people to be swift to eradicate the invasive species. Because Snohomish County is northeast of Seattle, it is possible for the moth to travel south into the major metropolitan area and truly wreak havoc on millions of people.

“This imminent danger of infestation seriously endangers the agricultural and horticultural industries of the state of Washington and seriously threatens the economic well-being and quality of life of state residents,” the governor’s proclamation said.

The state is threatened by gypsy moths that are from Asia as well as a dangerous Asian-European hybrid mutant that could change life in the Pacific Northwest forever – unless experts act fast.

Some people keep Hokkaido gypsy as exotic pets. However, if these break out of captivity, they can get into the environment and cause massive amounts of damage.

Karla Salp, a spokeswoman for the Washington Department of Agriculture, said that these caterpillars have a voracious appetite and will eat almost everything they can.

Insect ecologist Patrick Tobin of the University of Washington told USA TODAY that the Hokkaido gypsy moth is a different species from the Asian gypsy moths. Both are invasive species that can damage trees.

“Both remain similar with regard to the threats they pose and the ability of females to fly,” Tobin said.

While Asian gypsy moths are a big threat, the addition of the Hokkaido gypsy moth puts the state in peril.

“Large infestations of Asian gypsy moths can completely defoliate trees, leaving them weak and more susceptible to disease or attack by other insects,” the U.S. Department of Agriculture said. “If defoliation is repeated for two or more years, it can lead to the death of large sections of forests, orchards, and landscaping. Any introduction and establishment of Asian gypsy moths in the United States would pose a major threat to the environment and the urban, suburban, and rural landscapes.”

States in the East of America have dealt with invasive gypsy moths since around the time of the Civil War. An imported fungus helped slow the spread of this destructive species back in the 1980s.