She Got A Janitor Fired For Saying He Was Racist, But Now The Truth Comes Out 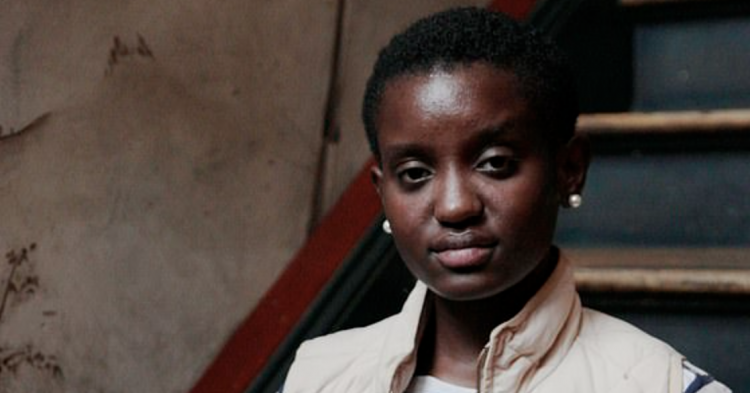 Back at the end of July 2018, student Oumou Kanoute was eating at a public cafeteria at Smith College in Boston, Massachusetts, when she claimed she was targeted for “eating while Black.” According to Kanoute, a security guard approached her while she was eating and demanded to know what she was doing. Kanoute posted a video of the incident and claimed that she was targeted solely because of the color of her skin.

Because Smith College has a zero-tolerance policy when it comes to racism, they investigated the incident thoroughly. The school eventually worked with an independent law firm to get down to the brass tacks of the incident. The law firm found that there was no evidence of wrongdoing and suggested that the school clear every person accused during the incident. 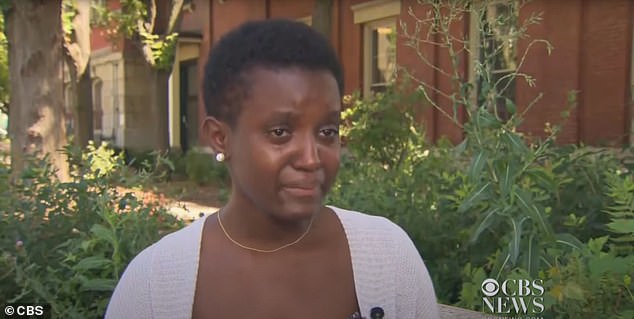 However, Smith College has come under scrutiny again because one of those employees resigned on Friday after citing a “racially hostile environment” at the school. This had led some to question whether the “independent” law firm got it right when they urged the school to clear all of the accused.

The viral accusation was posted to social media on July 31, 2018, via Kanoute’s personal account. 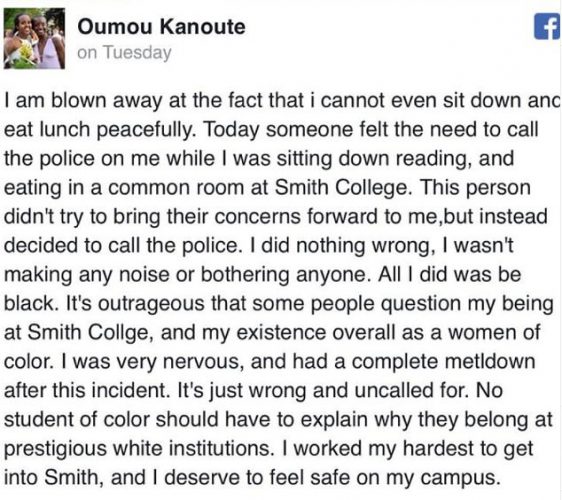 “I am blown away at the fact that I cannot even sit down and eat lunch peacefully. Today someone felt the need to call the police on me while I was sitting down reading and eating in a common room at Smith College. This person didn’t try to bring their concerns forward to me but instead decided to call the police. I did nothing wrong. I wasn’t making any noise or bothering anyone. 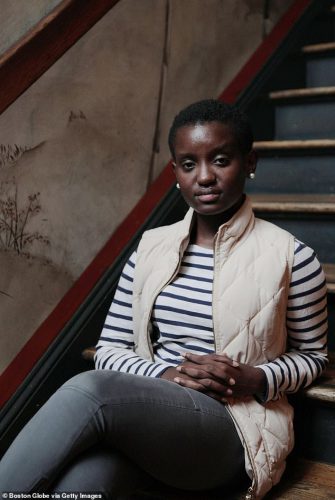 “All I did was be Black. It is outrageous that some people question my being at Smith College and my experience overall as a woman of color. I was very nervous and had a complete meltdown after this incident. It’s just wrong and uncalled for. No student of color should have to explain why they belong at prestigious white institutions. I worked my hardest to get into Smith, and I deserve to feel safe on my campus.” 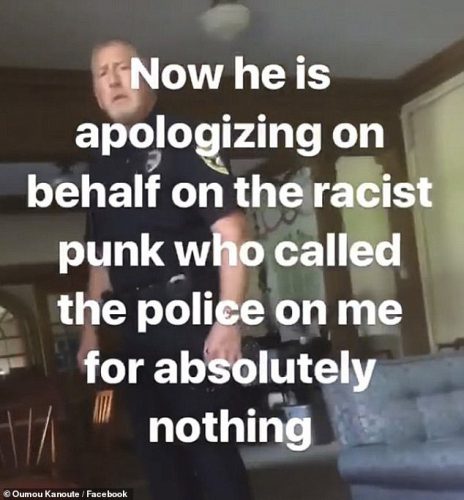 Kanoute’s post sparked backlash at the school. A janitor was forced from his job, and another employee was hospitalized for stress related to the racial incident. The student suspected the security guard who arrived on-scene was carrying a “lethal weapon,” which, fortunately, the guard was not.

Smith College is a women-only college that was founded 150 years ago. The school charges $80,000 per year for undergraduates to attend. Only about 6.6 percent of students are Black. 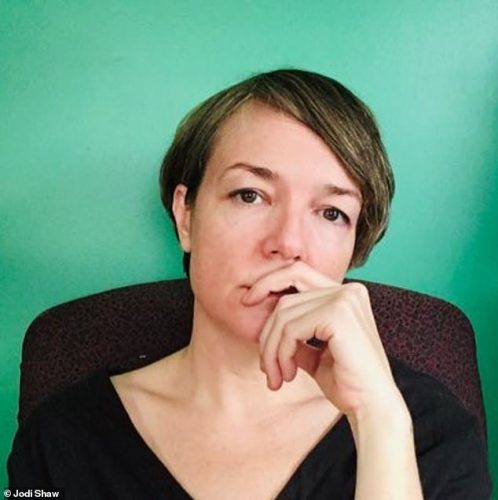 Now, Jodi Shaw, a former college employee, has resigned. She was asked to attend anti-bias training and did not like it.

“I ask that Smith College stop reducing my personhood to a racial category. Stop telling me what I must think and feel about myself,” she said. “Stop presuming to know who I am or what my culture is based upon my skin color. Stop asking me to project stereotypes and assumptions onto others based on their skin color. Stop demanding that I admit to white privilege and work on my so-called implicit bias as a condition of my continued employment.” 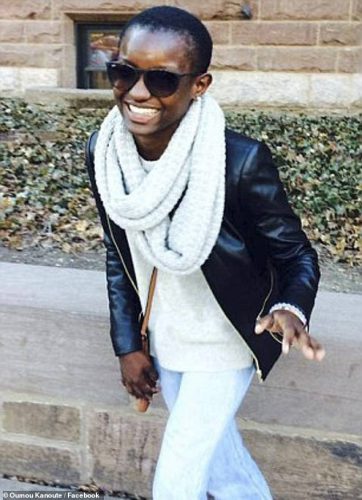 What do you think about this incident of alleged racism at Smith College?