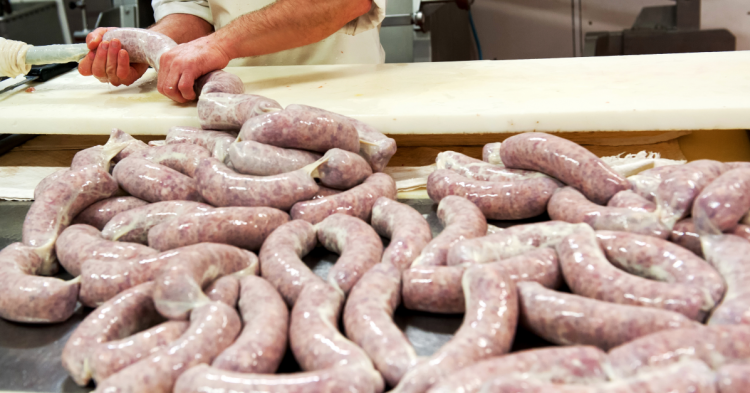 If you’ve been to a supermarket recently, you’ve probably seen how the meat aisle is nearly completely empty. That’s because the meat industry is failing. Because slaughterhouses and meat factories have forced workers to continue to go about their jobs, these workers have been infected at increasingly high rates with the deadly strand of the coronavirus that causes COVID-19. Even though President Trump has tried to force meatpackers to stay on the job to keep the food supply alive and well, these workers are getting sick and can no longer stand for hours at a time to pack the meat into deliveries for America’s grocery stores.

Because meat may go away, for the time being, meat science professor Dr. Louwrens Hoffman of the University of Queensland in Brisbane, Australia, has an “ingenious” way to keep people stuffed with their favorite meat flavors. He suggests that people just bite the bullet and start chowing down on maggot sausages if they want to feel like they’re getting their fill of meat during the upcoming shortage. 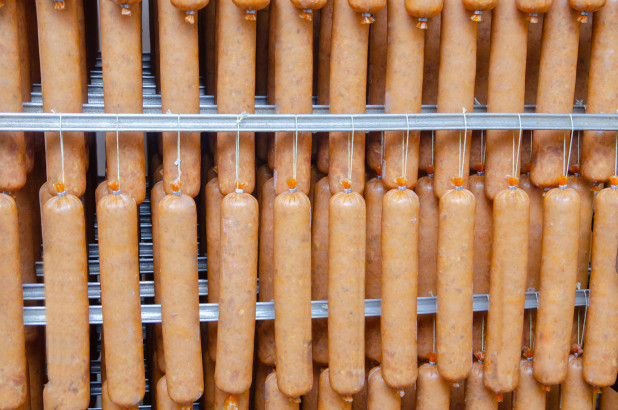 If you cannot live without meat, then you’re going to have a hard time during the upcoming meat shortage as a result of the COVID-19 pandemic. Tyson Foods has already issued a warning to Trump that they’re not going to be able to keep up with demand as their workers get sick from COVID-19.

Professor Hoffman was already urging people to start eating maggots as a source of protein before the global pandemic shut the world’s meat production down. Because livestock upkeep would never be able to keep up with the growing population on Earth, the Australian professor wanted people to start getting comfortable with the idea of chewing on house fly larvae as a source of nutrition.

“An overpopulated world is going to struggle to find enough protein unless people are willing to open their minds, and stomachs, to a much broader notion of food,” said Dr. Louwrens Hoffman. “Would you eat a commercial sausage made from maggots? What about other insect larvae and even whole insects like locusts? The biggest potential for sustainable protein production lies with insects and new plant sources.”

In Australia, the Queensland Alliance for Agriculture and Food Innovation (QAAFI) team is already working to disguise maggots and other insects as protein in food. Studies have shown that people are not interested in eating whole insects, so he hopes they will eat parts of insects disguised as other, more common, foods.

“In other words, insect protein needs to be incorporated into existing food products as an ingredient, he says. “One of my students has created a very tasty insect ice cream.”

Chicken is one of the most popular meats in the world. And one of the top food sources for chickens is insects.

“Poultry is a massive industry worldwide, and the industry is under pressure to find alternative proteins that are more sustainable, ethical and green than the grain crops currently being used,” said the meat science professor. “It’s all pretty logical if you think about it.”