Months after unveiling his obsession with model trains, Sir Rod Steward finds himself facing simple battery charges. The British rock singer allegedly punched a security guard in the face on New Year’s Eve and was charged for the assault. The incident occurred while Stewart was ringing in the New Year at a luxury hotel in Palm Beach after he and his party were denied VIP access to a private event at the swanky location.

Daily Mail hunted down the police documents that showed how Rod Stewart was implicated in the incident. The singer was charged with simple battery, a misdemeanor, that occurred at The Breakers in Palm Beach, Florida at 11:09 pm on New Year’s Eve.

Hotel security guard Jessie Dixon was the man who became acquainted with the knighted singer’s fist. He was hired to work a private event in the children’s area of the hotel when “a group of people,” including Sir Rod Stewart, tried to sneak into the private event. Dixon realized that the group of people “were unauthorized to do so” and decided he was going to stop the singer from breaking the rules.

Rod Stewart is not used to not getting his way. That’s when he started throwing a tantrum which did not work on Dixon, who was guarding the children’s area of the hotel. 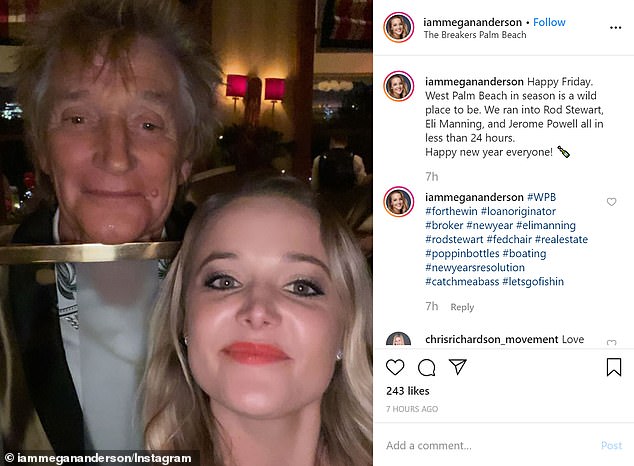 “The group began to get loud and cause a scene,” he said. Dixon told Stewart and his posse to leave and find another place to ring in the New Year. But the group refused to comply.

Dixon said that a man, who was later identified to be none other than Sir Rod Stewart’s son, Sean Stewart, “got ‘about nose to nose’ distance” from Dixon and started shouting at him.

Rod Stewart did not like what he was seeing. Se he stepped up and started his attempt to intimidate Dixon into giving him and his posse what they wanted. 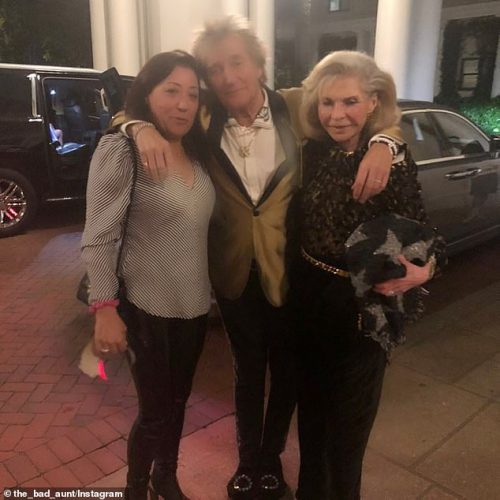 The singer “stepped toward him and threw a punch, striking Dixon in his left ribcage area,” the police report stated.

With police arrived, they tried to speak to Rod Stewart, who told the cops that he was just trying to get the children in his group into the private event at The Breakers. But Dixon denied them access, and “Dixon became argumentative with his family, which in turn caused them to become agitated.”

Stewart, who is not a shy man, did not appreciate Dixon’s tone and used his fist to illustrate his point. 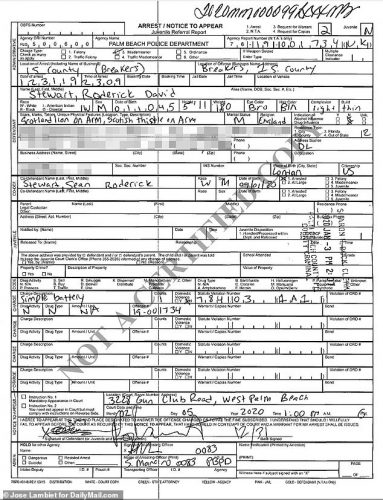 Stewart later “apologized for his behavior in the incident.”

Police interviewed witnesses at the scene, speaking to two other hotel employees. They had also worked the private event alongside Dixon. They signed sworn witness statements that confirmed how Stewart’s son, Sean, pushed Dixon and that Rod threw a punch at the security guard. 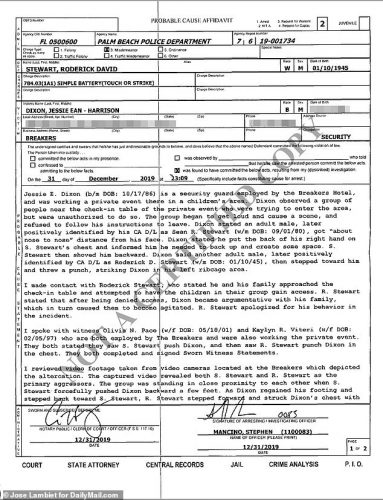 Securitate cameras at the location caught Rod in action, showing that he and his son were “the primary aggressors,” which proved that Stewart’s story was false.

Police said Sean “forcefully pushed Dixon backward a few feet,” and when Dixon “regained his footing and stepped back,” Rod “stepped forward and struck Dixon’s chest with a closed fist.”