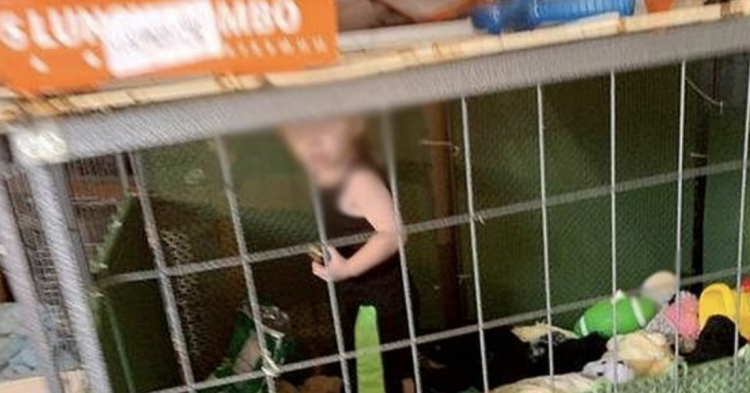 Tennessee has a mounting problem with pedophilia and human trafficking unless the state does something about it. And because the politicians are dealing with the devastating effects of the coronavirus pandemic, law enforcement officers are struggling to keep up with all the work that is going on. However, Henry County Sheriff Monte Belew was in charge of a raid on a mobile home that found hundreds of animals, more than one hundred marijuana plants, seventeen firearms, and one child locked in a cage like a rat.

The raid occurred on Thursday. Deputies raided the mobile home in question as well as a series of outbuildings that were on the property. The deputies were simply not prepared for what they found. 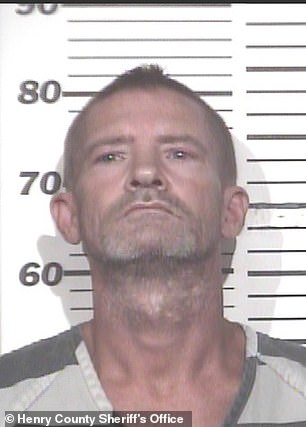 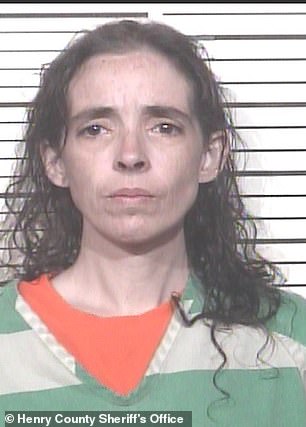 Sheriff Belew has confirmed that three people have been arrested. These suspects include 46-year-old T.J. Brown, 42-year-old Heather Scarborough, and 82-year-old Charles Brown. These suspects have been identified and will likely need to defend themselves against the charges.

Besides the hundreds of animals and deadly weapons on the property, Sheriff Belew had to address the elephant in the room – the one-and-a-half-year-old baby boy who was found locked inside a 4×4 cage that was kept in the living room like he was a rat or a bird. 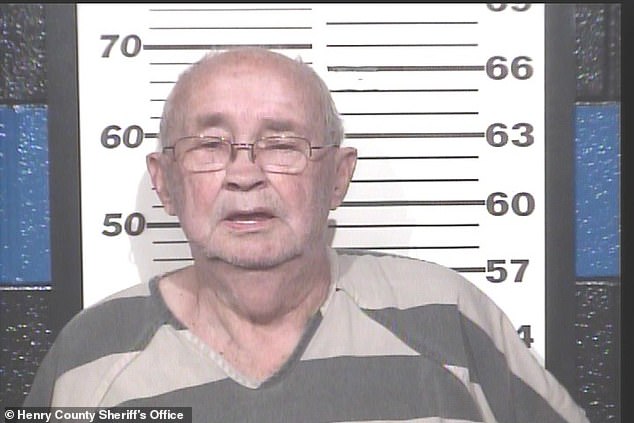 While the Special Victims Unit was likely caused to help the little boy, Animal Rescue Corps jumped into action to help with the animals. They removed the animals from the abusive den and brought them to a better location. Unfortunately, a lot of the animals died before they could be rescued by the people who cared.

The animals in the mobile home property included eight-six chickens and roosters, fifty-six dogs, ten rabbits, four parakeets, three cats, eight snakes, one pheasant, and five hundred thirty-one rodents, one gecko, and three sugar gliders. That’s a lot of animals for three people to take care of. They seemed to favor caring for the animals instead of the toddler human being who they threw into a cage. 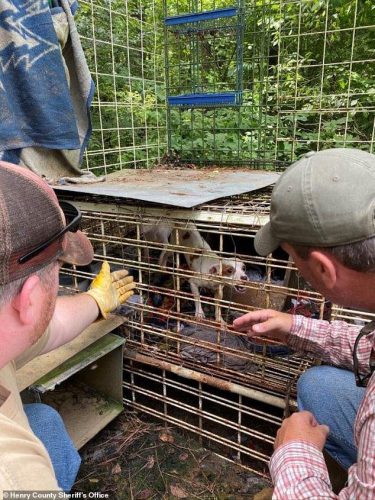 According to Daily Mail, all three suspects were charged with “aggravated child abuse, aggravated animal cruelty, possession of a firearm in the commission of a felony, manufacturing of marijuana, possession of drug paraphernalia and cruelty to animals.”

While all three faced these numerous charges, Brown also found himself with a firearms charge. 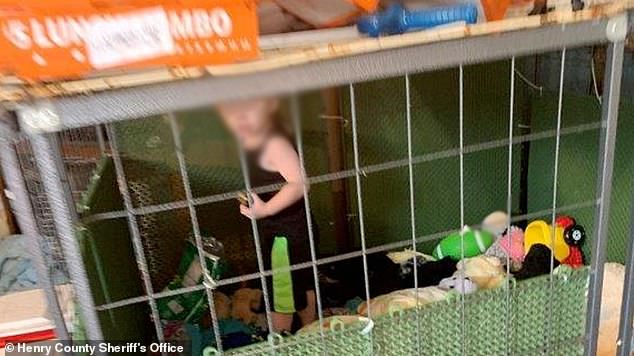 The toddler had a few toys but nothing else. He didn’t even have a blanket. He was treated worse than the animals on the property.

“Everything that child possessed or played with was in that kennel,” Belew said.

Besides, the boy’s cage were three buckets of mice. Then a ten-foot boa constrictor was nearby that devoured the mice when hungry. Eight snakes were found inside the same room as the toddler locked in the cage. Maggots and cockroaches invested every inch of the house. 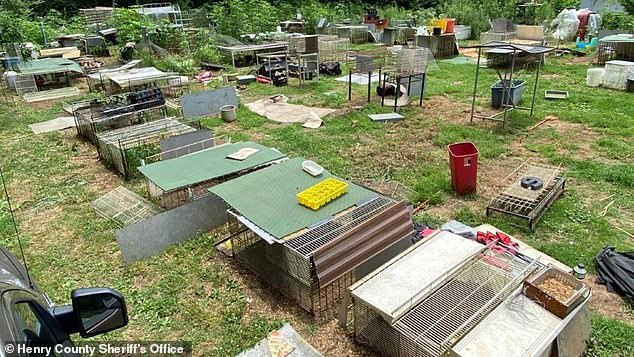 What do you think about the mistreatment of this child?