PHOTOS: This Is The Abandoned Kitten They Pulled Out Of A Wall 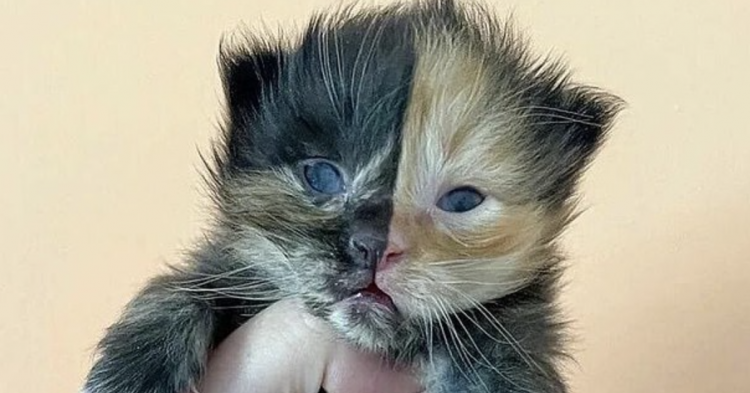 That’s when the family found an adorable orphaned kitten and her sister. The two kittens were found in a wall. The first kitten, Apricot, has a two-toned face that is perfectly split down the middle, and her sister, Pretzel, is also extremely adorable.

The two orphaned kittens were taken to the Nashville Cat Rescue, where they were slowly introduced to two rescue mother cats. Fortunately, both kittens were positively received and have been able to grow thanks to the support of their foster mothers. 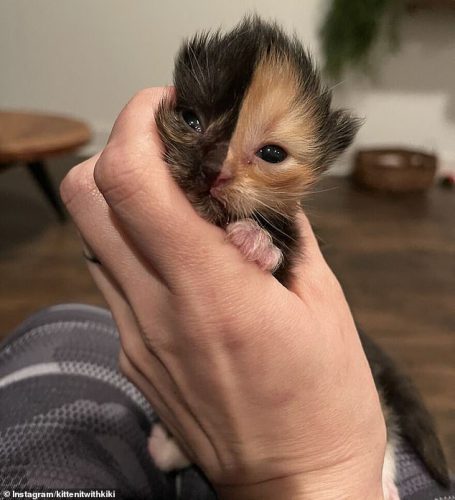 Rumor has it that Apricot might be a genetic chimera cat. This means that she has her cells are made up of two types of DNA. This happens when two embryos fuse together while in the mother cat’s womb. 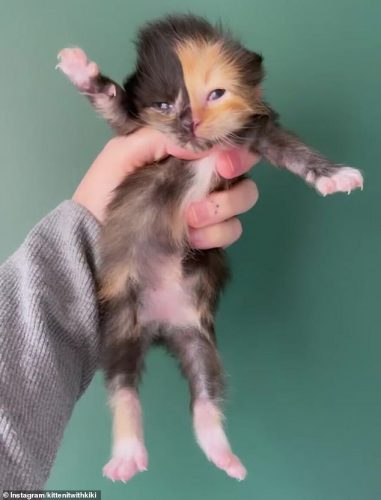 Now, Apricot and Pretzel are living with volunteer foster caretaker Kiki. She recently took two pregnant cats into her home, Pickle and Olive, who are helping the two orphaned kittens endure the world around them. Pickle gave birth to a litter of six kittens, but one of them, unfortunately, did not survive. She went into labor only a few weeks after moving in with Kiki. Olive delivered a single kitten a week later. 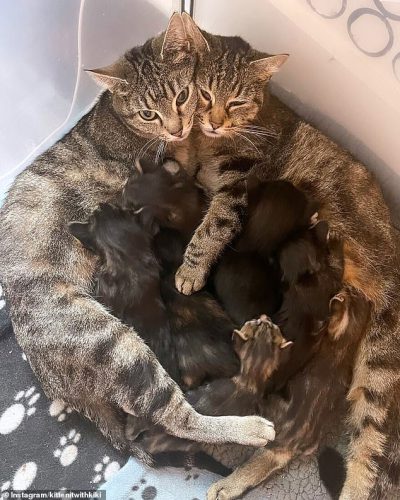 “Apricot and Pretzel (we have a charcuterie theme) feel like they have always been here!” Nashville Cat Rescue told Bored Panda. “They were accepted so fast by Pickle and Olive and fit right in with the other babies.”

Because Olive’s litter was so small, Kiki took her to the vet, where she was given an emergency C-section. The vet found the other baby kitten dead inside of mom. 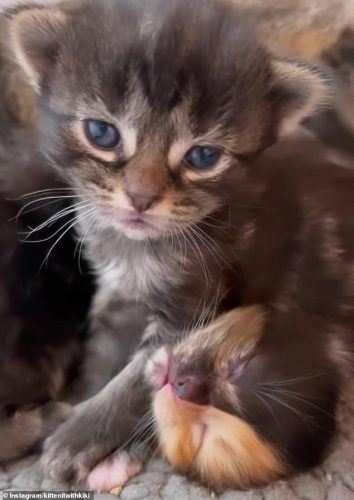 When the two mama cats gave birth, they began nursing their litter. This was when Kiki introduced Apricot and Pretzel into the mix. Fortunately, both kittens were warmly accepted by their foster mothers and had been getting stronger since they were found in the Nashville home’s wall.

Both Olive and Pickle are very close and support each other. They sometimes swap kittens for nursing and care for each other’s kittens as though they were their own.

Nashville Cat Rescue told Bored Panda: “They were still a little shy and often greeted me with a hiss or growling. It was clear, however, that the girls loved each other and felt safe together. I spent as much time as I could with them while still respecting their need for space. I even sat on the floor and worked on my laptop most days. I wanted to ensure as the babies came that they were comfortable with me assisting as needed, or just doing the simple necessities like weighing the kittens on a daily basis.” 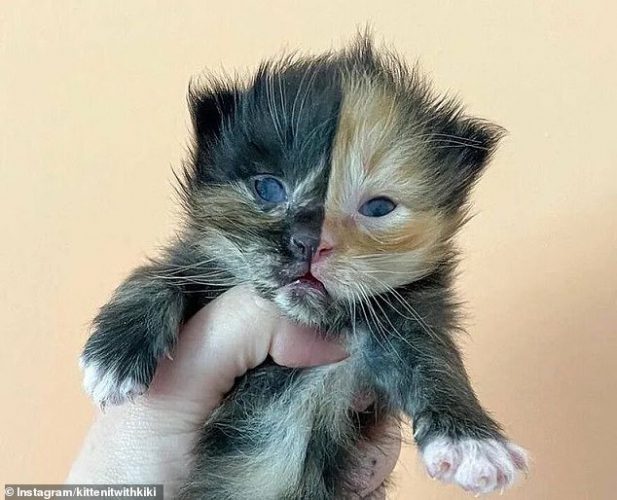 Because Olive and Pickle have grown so close over the last few weeks, Nashville Cat Rescue hopes that the two rescues will be able to stay together. Even when the time comes for the mothers to be adopted themselves, the rescue organization hopes to have the pair stay together.

What do you think about these kitty photos? Have you ever helped rescue a kitten that was orphaned or abandoned?