Pet Deer Has To Be Euthanized After A Gruesome Attack 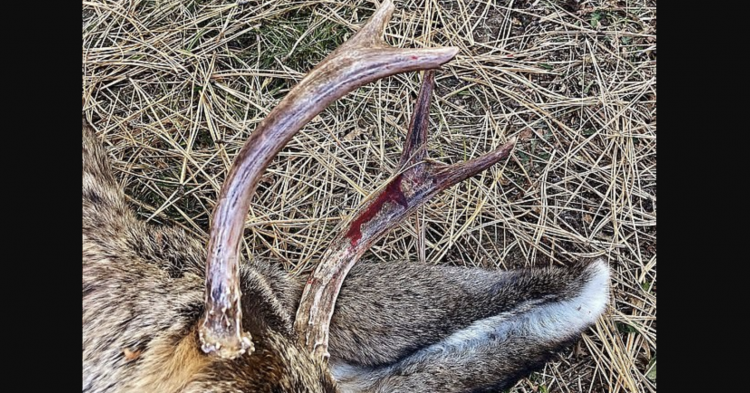 The owner of a pet deer has been forced to euthanize their animal after it went “savage” and attacked a woman walking her dog. The victim and her pooch of Black Forest, Colorado, were attacked out of nowhere when the savage deer burst out of a wooded area along a trail north of Colorado Springs and attacked. The rampage occurred on Friday morning when the buck gored the woman with its sharp antlers and attacked her dog as well.

The deer chased the woman and her dog all the way back to her home from the trail. The buck’s attack was relentless. It did not slow down or stop until the woman ran all the way back to the safety of her home. When emergency services arrived at her home, she was put in an ambulance and rushed to the nearby hospital center. Doctors and staff treated her for lacerations due to the buck’s attack. In addition to the cuts to her head, cheek, and legs, she was covered in bruises from the assault.

Now, 73-year-old Tynette Housley has been charged with two misdemeanors for illegally raising the buck. She admitted to park officials that she abducted the deer when it was a little baby that was just a few days old. She had been raising the wild animal on her Colorado property since then and did not have control over the creature.

The victim, who has not been identified, reported the shocking details of the attack to CPW officials. She was hospitalized overnight because of the violence she endured during the attack.

The attack took the victim and her dog by surprise. While walking along the trail, she was shocked to see the buck following her. The animal had two-pronged antlers that looked like weapons. Since the creature was following her, she grew concerned. It seemed as though the buck was territorial over the public property.

When the deer attacked, it knocked the woman to the ground. That’s when it gored her with its antlers. The attack continued for minutes as the woman tried to defend herself against the much-stronger male deer. She first ran to the neighbor’s home and then to her own home.

The victim managed to finally evade the buck when she got into her garage. By hiding between two cars, the buck lost interest in the woman. That’s where she was able to reach emergency first responders to tend to her wounds.

A CPW officer responded to the scene and went looking for the buck. This officer was also approached by the buck when they went out into the area. The buck had blood all over its antlers. This officer euthanized the deer and took its remains to the lab in Fort Collins to be tested for diseases like rabies.

Tests of the contents in the buck’s stomach revealed that it was not living in the wild. The contents indicated that the animal was fed by a human captor.

Frank McGee, CPW’s area wildlife manager for the Pikes Peak region, was outraged that Housley took the deer in as a pet.

“We can’t say it enough: Wild animals are not pets,” said McGee. “Injured and orphaned wildlife should be taken to licensed wildlife rehabilitators.”