Passengers Won’t Budge For Man In Wheelchair, So The Driver Teaches Them A Lesson. 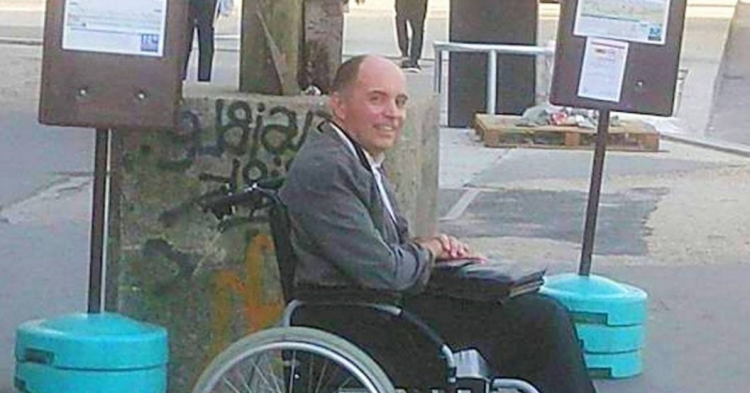 People in wheelchairs face an entirely different set of obstacles than people who can walk. Not only do these people require the wheelchair to get from point A to point B, but they also need extra assistance when taking transportation. Special vans are equipped with ramps to help load wheelchairs into them, while buses and other transportation have specific rules about what should be done when a passenger in a wheelchair gets aboard for a ride.

Unfortunately, not everyone understands that people in wheelchairs need extra accommodations. According to a poll that has been conducted by the National Organization on Disability for more than twenty years, transportation is one of the major problems people with disabilities face. About one-third of respondents from a recent poll listed “inadequate transportation” as a problem, while more than half of respondents identified it as a “major problem” in their lives. 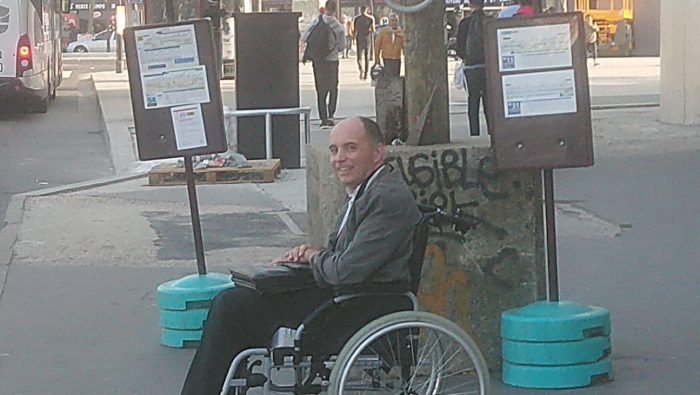 While many people are inconsiderate of people with special needs, one Paris bus driver has gone viral for standing up for a man in a wheelchair when no one would move aside for him. French resident François Le Berre, who is bound to a wheelchair, was trying to take a bus in Paris when he came across disgruntled Parisians who didn’t want anything to do with him. They also didn’t want to get out of his way so he could get onto the public bus.

The bus pulled up to the bus stop, and Le Berre tried to wheel onto it. However, no one was willing to move an inch for the disabled man. Le Berre is no stranger to rude people, so he figured he would just wait for the next bus and hope that there was enough room on it for him and his wheelchair.

However, the bus driver refused to let the disabled passenger go without trying their best to ensure there was space on the bus for him. At that moment, the bus driver surprised Le Berre when he put all of the other passengers in their place and taught them a valuable lesson in respecting other people.

Le Berre wrote a Facebook post about how the bus driver helped him in his moment of need.

“Yesterday, waiting for the bus in Paris, I laughed because no one wanted to (make room). As nobody moved, the driver said, ‘Terminus! Everybody [off]!’ After the driver came to me, he said, ‘you and your help you can ride and the others, you wait for the next!’”

That’s when the bus driver ordered every rude passenger to get off the bus. The driver then helped Le Berre get onto the bus. But he wasn’t done teaching the rude travelers a lesson. He then told them that they were not welcome back on the bus and needed to wait for the next one. It was a perfect way to teach the rube Parisians a lesson in respecting people with special needs.

Now that Le Berre’s Facebook post has gone viral, people from across the world are asking French President Emmanuel Macron to honor the bus driver in some way.