One Of The Original Mouseketeers Passes Away 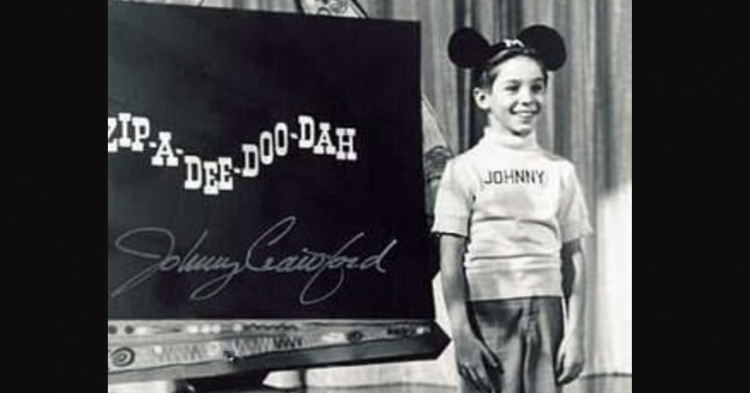 Johnny Crawford, best known as one of the original Mouseketeers on the Mickey Mouse Club, has passed away at the age of 75 after suffering through a battle with Alzheimer’s. His management released a statement that he died peacefully at his home with his wife, Charlotte, by his side. While he will be most remembered as “Johnny” on the Mickey Mouse Club, he also starred in The Rifleman.

Crawford was only 11 years old in 1955 when he joined The Mickey Mouse Club with the other 24 original Mouseketeers. However, when the show decided to cut cast in half for the second season, Johnny was one of the 12 let go.

He moved on to portray Mark McCain in ABC’s The Rifleman, which was a western series. It was this role that earned him his first Emmy nomination at the age of 13.

The Rifleman ran for five seasons and was well received by critics. It portrayed the father-son relationship between Mark and Lucas McCain. Chuck Connors was his co-star, and they remained life long friends.

In a 2018 interview, Crawford spoke of their relationship:

“And Chuck was so perfect. You know, I still miss him. He was unique — I’ll never meet anybody else like him again. He tried to be a good influence for me, even off-camera. And he treated me like an adult when we were working. He made it much easier than it might have been. He was a lot of fun.”

From his work on The Rifleman, Johnny was known as an accomplished horseman in Hollywood. This helped him land future roles in western films including Indian Paint and El Dorado with John Wayne.

Rest in peace, Johnny. You will be missed.