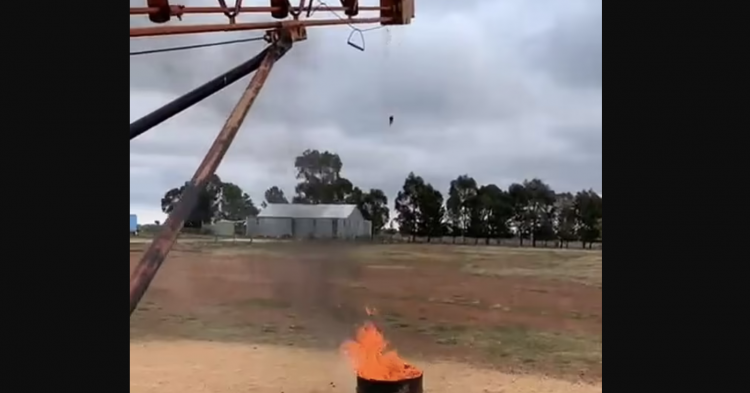 Farmers in Australia are desperate. A mice plague is destroying crops across rural New South Wales and is threatening the very livelihood farmers rely on to feed their families. However, one farmer named Andrew has taken a drastic approach to ridding his grain yield of the mice infestation. Footage shows him projecting thousands of mice out of the grain conveyer and into a raging fire inside of a rusty 44-gallon drum.

Andrew claimed that the mice entered his auger after he transferred grain into his silo. The mice are probably trying to eat the leftover grain in the conveyer but end up staying and forming nests. The infestation was so bad that it threatened the farmer’s entire crop, which prompted him to take drastic action to rid his farm of countless mice in one fell swoop. 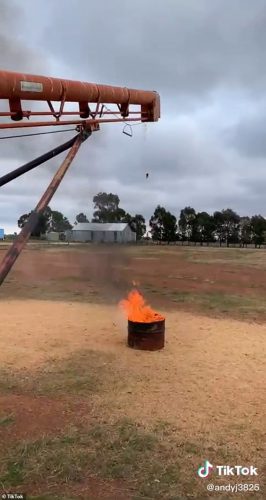 The farmer decided to share his approach to pest control on the Chinese-created TikTok social media app. Although his video quickly went viral for the shocking way he was killing the mice, not everyone was happy to see his violence in the video. Many people criticized the Australian farmer for the drastic approach and believed that he should have found a more humane way to rid his grain conveyer of the infestation.

However, the farmer was trying to get rid of mice as quickly as possible and decided to burn them alive to get the job done. In the TikTok video, you can see mice falling into the raging fire. Some of the mice land on the grassy field and flee to safety from the blaze while the other mice fall to their deaths.

Commenters bombarded Andrew with criticism for taking out his rage on the mice.

Andrew the farmer shot right back with a reply of his own, writing, “You’re messed up.”

“That is wrong,” a woman commented.

“Better than drowning them alive,” Andrew replied to the woman. “But most of them are dead because the auger chops them up.” 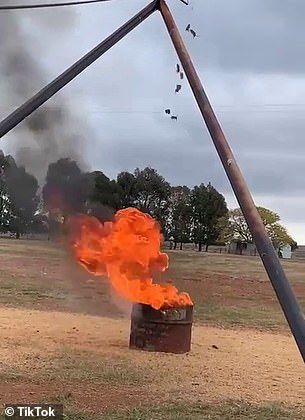 Another person shared their disdain for his pest-control approach, writing: “I’m not a vegan but seriously do you think maybe we shouldn’t burn them alive?”

“Ok how would you like me to do it?” Andrew replied.

One TikTok user captured a screenshot of Andrew’s video because he feared that the farmer would take down the clip after it received much negative response. However, Andrew was not willing to let his video be taken off the internet. Although the Chinese-owned platform took down his video initially, Andrew fought them and got them to put it back on the internet.

“They already took it down and I appealed it and they put it back up,” Andrew wrote.

In the end, many people felt that Andrew was being unnecessarily cruel to the rodents infesting his farm and crops.

“I think there’s several methods of removal,” another man wrote. “Doing this is a demonstration of animal cruelty.”

Rural parts of Australia are brimming with rodents. Experts fear that it may take two years for the country to control its rodent problem if drastic measure is not taken soon.

Bad placement but not as many, catching them to give to all the snowflakes ##aussie ##farmer ##plauge ##fyp ##mice