More And More People Are Seeing This “Racist” Billboard, But Not Everyone Is Happy About It 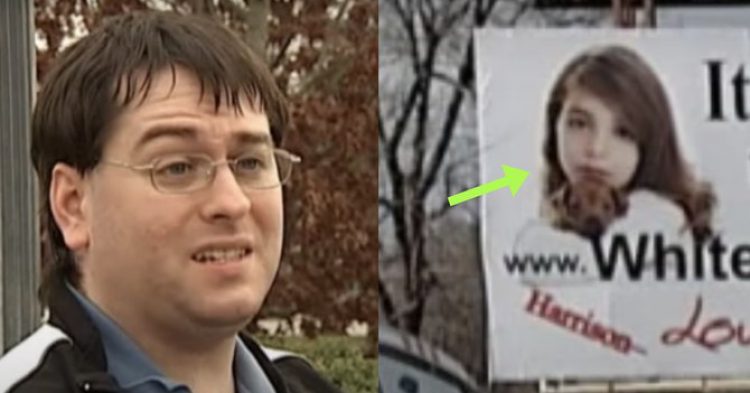 A new billboard has gone up along a road in Arkansas that has members of the community outraged. The billboard space, which is leased by Knights Party of Zinc, formerly known as the Knights of the Ku Klux Klan, started promoting an internet radio station focused on white pride and white supremacy. Thom Robb, the Knights Party national director, has since gladly talked to The Harrison Daily Times that the space has been leased by the hate group for over a year and that the controversial billboard started blasting its KKK-themed message to the people of Arkansas under his leadership of the Knights of the Ku Klux Klan.

Robb knew that his group would be classified as a hate group, so according to the Southern Poverty Law Center, he renamed it to the Knights Party to capture more potential listeners. The controversial billboard features a young white girl holding a puppy in an effort to neutralize the hateful intent behind the message. 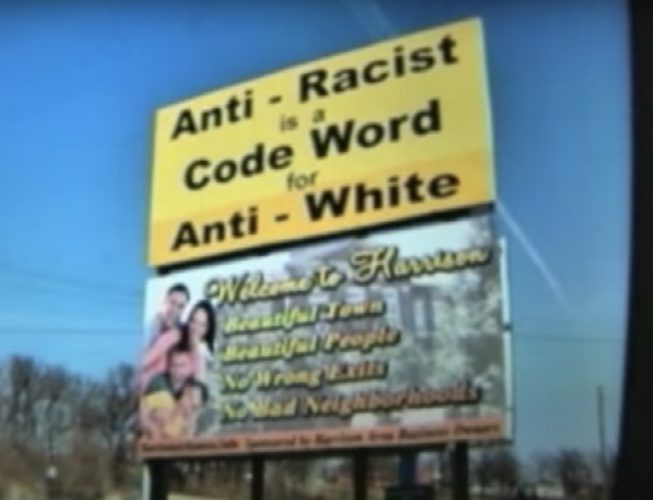 The  billboard headline reads, “It’s not racist to (love) your people.” The billboard then attempts to drive people to the online radio station, where it claims that “loves lives here.” While the phantom URL listed on the billboard features the phrase “white pride” the true URL for the radio station is KKK Radio. When people visit the URL featured on the billboard, it redirects them to the hate group’s web radio program.

The group had featured another billboard that read, “Anti-Racist is a Code Word for Anti-White.” This billboard was identified for his hateful content and taken down more than a year ago. Now, Thom Robb wants to get another billboard up in front of the people of Arkansas to hopefully get more people to follow his KKK-themed views.

Commenters have turned to YouTube to share their thoughts regarding the controversial billboard posted in Harrison, Arkansas.

“This new concept of ‘we’re not hateful, we just love other white people and have pride LIKE Everyone Else’ is a nasty rebranding that does not change the core rhetoric of these groups. If Harrison is not like this… take it down.” 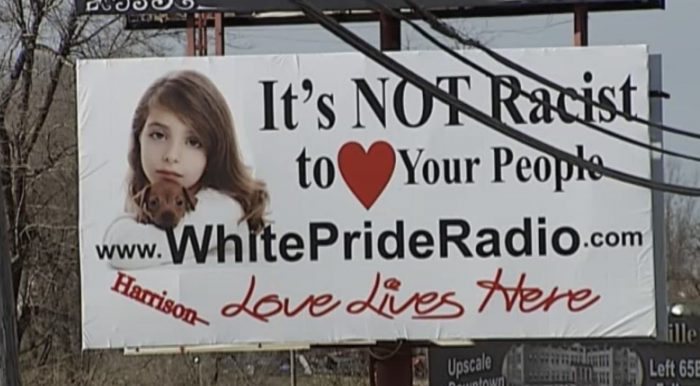 “I am black, and it’s not racist to love your people, but do you need a damn billboard? If you’re going to make a billboard, it should be love EVERYONE! ‘We are all people’ everyone is always looking at our skin color it’s sad!”

One former resident of Harrison is disgusted with these billboards.

“I was born in Harrison, and I’m quite disgusted to hear what’s been going on over there with the recent racist billboards. I’ve been planning on moving back home and bringing my business with me in the hopes of breathing new life into the local economy. I look forward to buying those billboards so I can cut them down.”

Do you see why these billboards are controversial? And do you think they are racist like the people in the comments do?