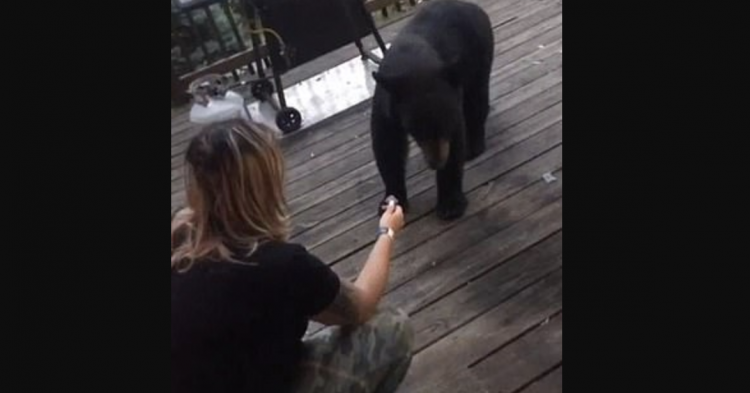 A young mom from Danville, Virginia, finds herself in trouble with the law after she fed a wild black bear on camera. 21-year-old Kristin Hailee Farris faces a criminal charge for hand-feeding the black bear chocolate and watermelon while visiting Tennessee on vacation. The Tennessee Wildlife Resources Association said Friday that the incident of animal abuse occurred in Gatlinburg on September 30 – and the mother is in big trouble for feeding the black bear sugary treats.

The footage opens with Farris crouching low in front of a black bear that has come upon a porch. She offers the beast squares of chocolate and a slice of watermelon. She also gives the bear a small piece of cream-filled sponge cake. The black bear cub devours the food from the palm of her hand and does not realize that this could be bad for the bear’s chance of survival in the wild. 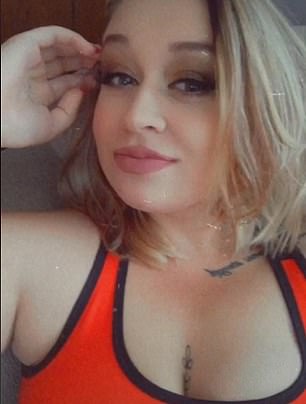 Farris egged the bear on while feeding it. The creature became so comfortable with the young mom that the bear almost touched the camera. Because TWRA officers were alerted to Farris’s criminal activity, she was charged with illegal black bear feeding. 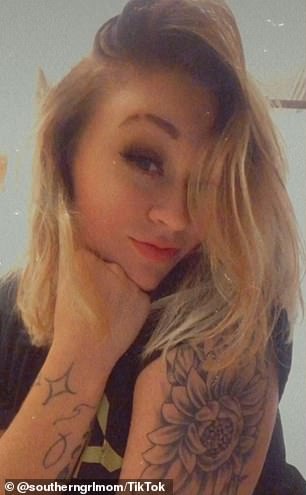 The young Virginia mom now faces six months in jail plus a $500 fine if she gets found guilty of her crime. Regulations have been put in place since 2000 to prevent people from feeding the bears and from leaving food in garbage cans in such a way that could attract bears. If bears become too comfortable or reliant on humans for food, they will continue to infringe upon human communities and pose a risk to locals. 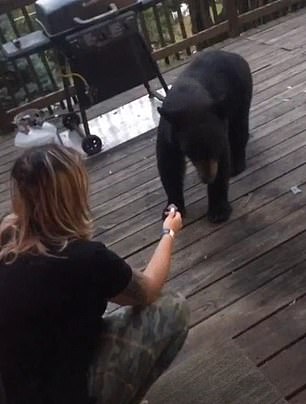 The no-feeding-the-bears rule applies to Gatlinburg and a six-mile radius out of the city. Officials don’t want tourists like Farris coming into their town, feeding the bears, and increasing the risk of someone being hurt by a hungry black bear.

The charge against Farris is classified as a Class B Misdemeanor. 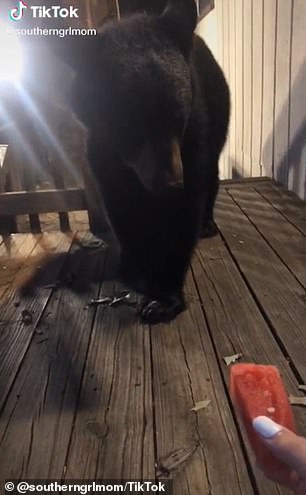 “The overwhelming desire to have a close encounter with a black bear is strangely more powerful than common sense,” Sevier County Wildlife Sgt. David Sexton said when he announced the charges against the Virginia mom. “Many people intentionally feed bears with little regard for the dire consequences to the bears and humans they leave behind.”

Now, the Virginia mom must return to Sevier County to be arrested. If she does not turn herself into the proper authorities, a manhunt may be launched. However, that is not likely. 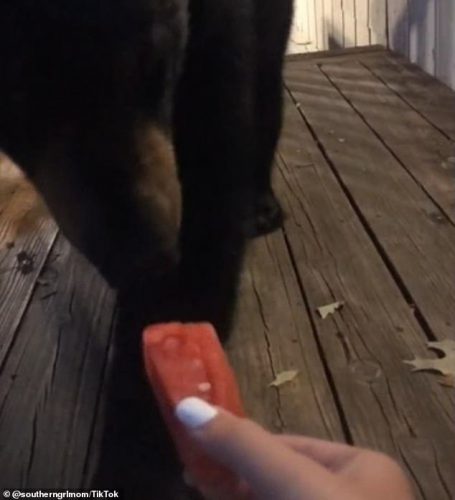 TikTok, the Chinese-created social media app that has more than 100,000,000 United States users, branded Farris’s content as dangerous. However, the platform has not removed the content because it has earned more than 500,000 views and is driving traffic to their product.

Farris captioned the video, “I’m that crazy redneck girl ya mama always told you about.”

Officials are worried that Farris’s behavior will inspire others to risk their lives to feed the bears.

“For decades, we’ve associated bears with something soft and cute and cuddly,” Matt Cameron of TWRA told WBIR. “They are beautiful, fascinating animals. But at the same time, they are wild animals with very powerful jaws, with big muscles, and with claws. They can hurt you. You know there have been people killed by black bears.”