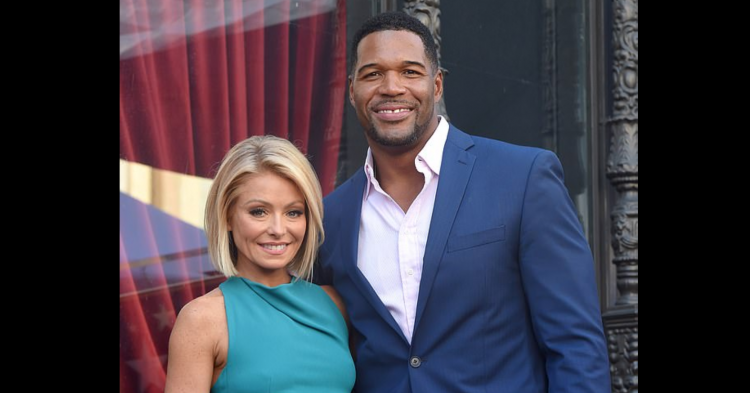 During a scathing interview, television host Michael Strahan blasted his former co-host, Kelly Ripa, for being “selfish.” In the interview, Strahan, a former star NFL player, discussed how he “didn’t know (he) was supposed to be a sidekick” to the long-time television host when he signed up for the job on Live with Kelly and Michael. Although he has since moved onto bigger and better things, Strahan hinted that there was still a lot of tension between him and Ripa over how she treated him during his time on the show.

Strahan took over the slow for retiring Regis Philbin back in 2012. And when it was time for Strahan to move onto his next step in his career, Ryan Seacrest took over the vacancy. And on Monday, Strahan made it quite clear – without naming Kelly Ripa directly – that he did not enjoy his time on the show with her and that she treated him like a second-class colleague.

He said that soon after arriving on the job to work with Kelly Ripa, he realized it was not what it was supposed to be. He said he “got there and realized it’s not about the team. It’s selfish, and I don’t operate well under that.”

In the New York Times interview, Strahan said, “I’ve had jobs where I got there and felt like: Wow, I didn’t know I was supposed to be a sidekick. I thought I was coming here to be a partner.”

Strahan served as a defensive end during his tenure with the New York Giants. He leveraged his fame on the gridiron to launch a career in television as a respected and well-liked TV personality. Now he’s a regular on the daytime television rounds.

Although things were tense between Strahan and Ripa, he said that he tried to health the division between them while he was on the job. However, Ripa, a former soap opera star, did not make that easy for Strahan.

“One thing I tried to do is have a meeting every few weeks with her,” he said. “We met a few times, and that was fine. But then eventually she said she didn’t need to meet. Can’t force somebody to do something they don’t want to do.”

Although it was very difficult to work with Ripa, Strahan admitted that he gleaned a lot of knowledge from her while on the job.

“If you look at the show, it really hasn’t changed since Regis started the damn thing. He created this formula. It’s kind of a plug-and-play. You learn how to craft a story. ‘What did you do last night?’ ‘Oh, I had a glass of water.’ But you learn to tell the story to make it seem like the glass of water,” he said. “Those are things that I learned from her. She’s brilliant in that way. If people think, Oh, he hates her – I don’t hate her. I do respect her for what she can do at her job. I cannot say enough about how good she is at her job.”

What do you think about Strahan’s thoughts on Kelly Ripa?