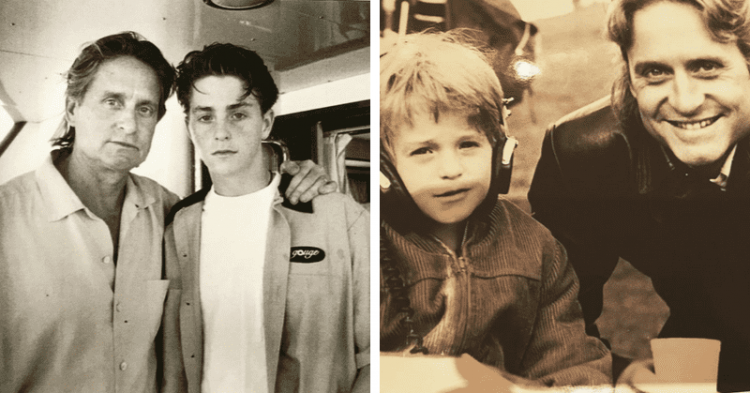 Michael Douglas has finally come clean about something that has eaten him up inside for years. Although Michael Douglas was able to give his son, Cameron, a dream life, the boy struggled with alcohol and drug addiction throughout his childhood and early adult years. Because the son of the Hollywood star had access to everything he could ever want, he chose to flood his body with excessive amounts of alcohol and illegal drugs – however, things went way too far, and Michael thought he was going to lose his son to an overdose.

As Cameron got used to pot and alcohol, he decided it wasn’t strong enough for him. While his peers were graduating from college, he “graduated” from alcohol abuse and pot-smoking to snorting cocaine and injecting heroin. By the time he was in his early twenties, he was dealing with a bad crowd and carried guns around at all times – whether or not it was against the law – so he could feel cool. When he started smoking crystal meth, his life flew completely out of control.

Now that Cameron is 40, he has been able to put his drug-fueled life of privilege behind him. He provided an exclusive interview with PEOPLE and revealed how he hated himself for being an addict but just couldn’t stop himself.

“I hated the wreckage I saw in my life, because of drugs, but I just couldn’t stop.”

Although Cameron was messing up his life, his parents, Michael Douglas and Diandra, a former model and movie producer, hated watching drugs destroy the potential that was Cameron.

While the parents did everything they could to help fix Cameron, no rehab program, no amount of money, no solution was able to get him out of the spiral of drug abuse. He loved the chaos of it all too much and wasn’t ready to give up his habit.

Michael Douglas, 75, told PEOPLE, “There were moments when hope dwindled… and then it’s just a train out of the station. Life became a series of crises. I thought I was going to lose him.”

The crap hit the fan in 2010 when Cameron was sentenced to five years in prison for a federal drug charge involving heroin possession. If he didn’t have a father like Michael Douglas, one who can throw his influence around, Cameron would have been locked away for much longer than half a decade.

When he was caught smuggling drugs into prison, his sentence was extended. He was finally freed in 2016. Now he’s clean and enjoying a closer connection to his aging father than ever before.

“In difficult times, we tend to come closer. It is a beautiful sort of trait that we have,” Camera said. “My father and I have an amazing relationship. I love spending time with him, and I will spend as much time with him as I can.”

Cameron promises that his drug addiction is behind him. He’s busy raising his toddler daughter with longtime girlfriend Viviane Thiebes, 41. He also wants to revive his acting career and wants to help other drug addicts get clean.