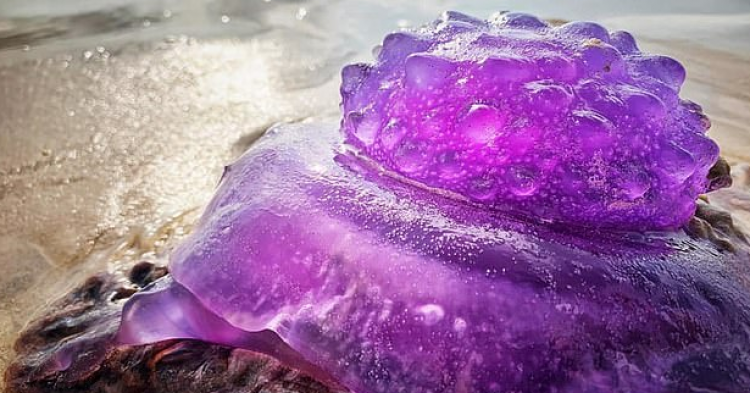 When news stories come from Australia, they usually involve bizarre animals that you never thought existed. This story is no different. Now, an extremely rare purple creature, some type of jellyfish, has washed ashore on a beach near Sydney, Australia – and it has experts and locals alike stumped. Because the jellyfish looks to be something out of a science fiction movie, people are confused and do not know what to think about it. The creature first washed ashore on a beach in Cronulla and has a dense lumpy section for its main body over a tail that has very thin walls.

The woman who first discovered the rare jellyfish was taking a run on the beach when she happened upon it. Her name was Stephanie Paterson, and she snapped a picture of the purple jellyfish as soon as she could because she knew that the strange creature would be a source of surprise and delight for her followers on social media. 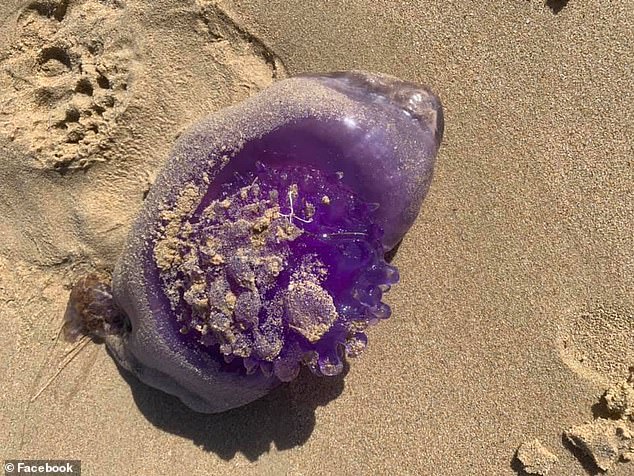 Paterson shared the image of the jellyfish to the internet and wrote a bit about what it was like to happen upon such a bizarre creature.

“It was its incredibly bright color that made me stop,” Paterson said online. “Got a picture and just wondering if anyone knows what type this is. I’ve never seen one like this before.” 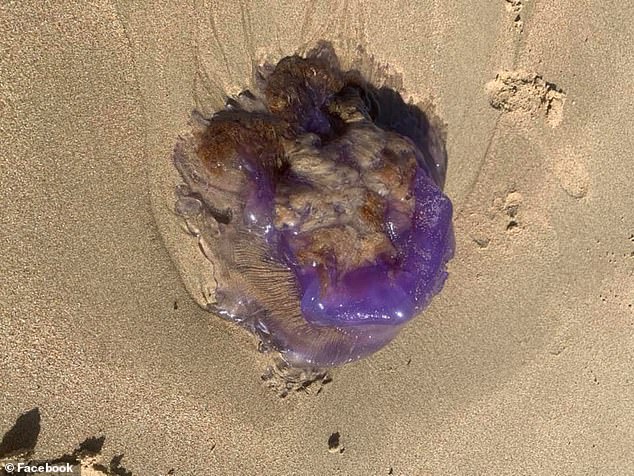 Although it does not seem that experts have yet come to a consensus about what the species of the jellyfish is, Murdoch University marine expert Mike Van Kuelen was willing to put his career’s reputation on the line by telling Daily Mail Australia that it appeared to be a Crown Jellyfish. This species of invertebrates are found in tropical waters to the north of where this one ran ashore on the beach.

“It’s likely been pushed down to Sydney by the East Australian Current (EAC), which flows from the tropics to southern Australia,” Van Kuelen said.

Because climate change has adjusted the currents, tropical waters are pushing south. The jellyfish could have gotten caught on this current and brought all the way to the location where it was found washed ashore. 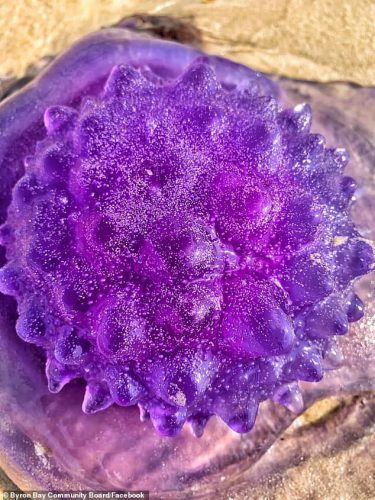 “We appear to be having a particularly strong EAC this year, with a marine heatwave causing bleaching on the Great Barrier Reef over the last few months. An increase in the current like this usually pushes tropical species further south than normal.”

Although the identity of this creature has yet to be confirmed by a consensus of experts, viewers of the images online were quick to share their amazing reactions.

“Wow! How interesting and unusual. Thanks for sharing. Kids will love it,” one person said.

“So pretty!” another person said. 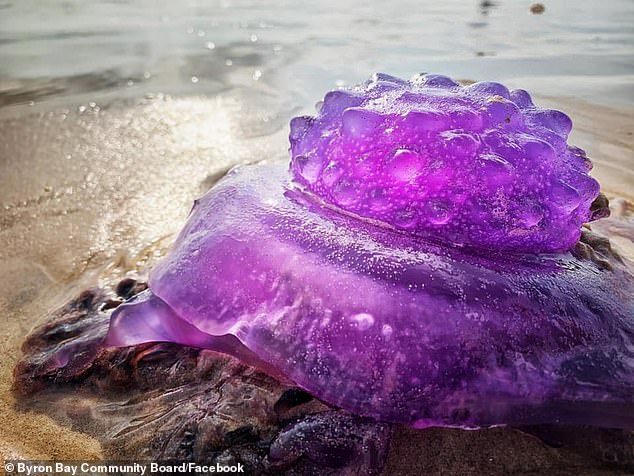 If this creature is indeed a Crown Jellyfish, it would not be the only one to wash ashore in Australia recently. Another one was found Byron Bay beach a few months ago. Pictures of that one also got posted online and were a hit among animal enthusiasts and naturalists.

When locals share information about where these jellyfish are found, experts can learn more about them.