If You Ever See One Of These “Cute” Caterpillars, Whatever You Do Don’t Touch It 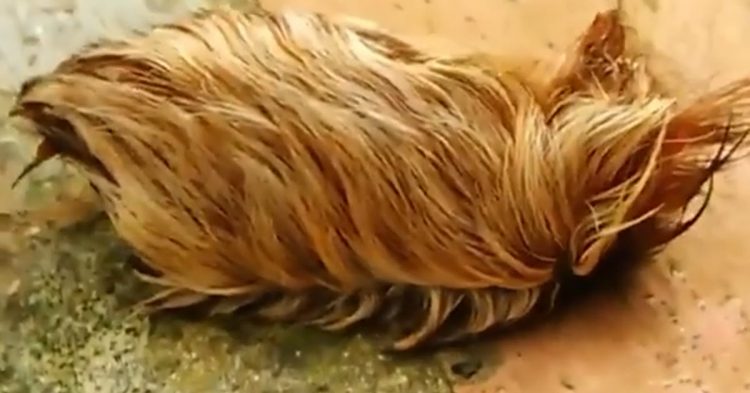 For several years, an adorable caterpillar has popped up across the United States. The creature, which has brought smiles to many American faces, appears to be furry as though it was wearing a toupee. Although you might be tempted to stroke or pet this cute caterpillar, resist the urge. This creature is one of the most venomous caterpillars in the United States and has the power to send you to the hospital.

While it might seem cute and harmless, do not be fooled. It is the larva of a southern flannel moth known in the scientific community as Megalopyge opercularis. Usually, you’ll find these insects in trees across Virginia and other southern states. However, they sometimes fall from their perch and come into contact with people. They could fall onto someone’s shirt and cling to it. However, the “fur” is not as harmless as it appears. It actually hides many venomous barbs that could pierce your skin and inject you with dangerous neurotoxins. The power of the venom is proportional to the larva’s size. The larger they grow, the more dangerous they become. 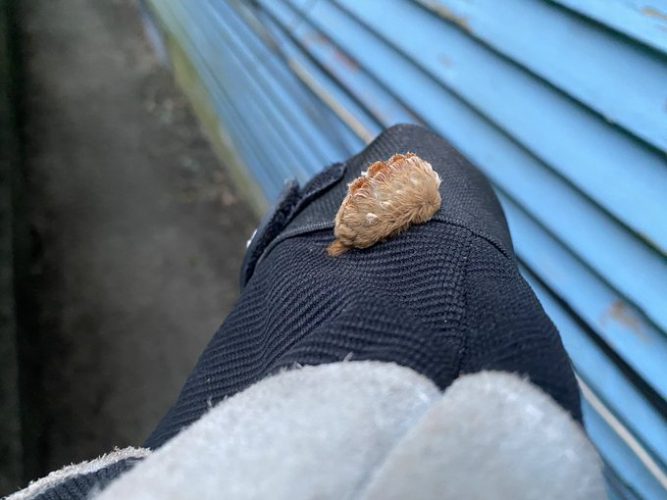 A social media user by the name of Nathan Howes shared an image of the creature on Twitter along with the following description: “This toupee-looking puss caterpillar may look & be furry like a dog, but it certainly isn’t friendly like one. One of the most poisonous caterpillars in the U.S. has been sighted multiple times in parks or near structures in eastern Virginia.”

Larvae of the southern flannel moth feed on elm and oak trees. These dangerous creatures love to spend time in manmade areas, including parks and buildings. They can also be found to venture into parking lots. According to a study conducted and published in 2005, the American Journal of Tropical Medicine and Hygiene reported that a sting for this caterpillar could leave your skin swollen and red. But it won’t kill you. 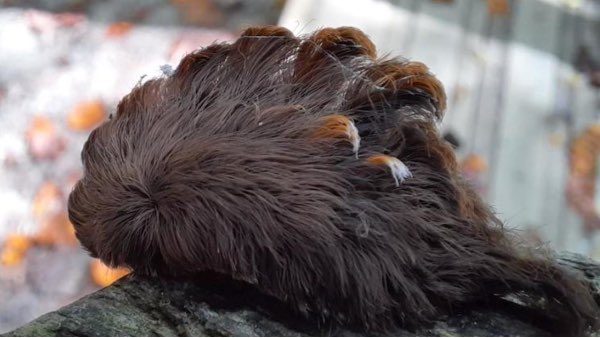 Some people experience more severe symptoms from this caterpillar’s venom. They can include but are not limited to headaches, fever, nausea, low blood pressure, vomiting, seizure, rapid heartbeat, and in rare cases, severe abdominal pain.

Because this insect has become more prevalent across Virginia and other states, the Virginia Department of Forestry has issued a blanket warning to residents. Stay away from this hairy insect at all costs!

“There are little hollow hairs in that fluffy, hairy material,” Theresa Dellinger, a diagnostician at the Insect Identification Lab at Virginia Tech, told CNN. “It’s not going to reach out and bite you, but if someone brushes up against that hair, it’ll release toxins that you’ll have a reaction to.” 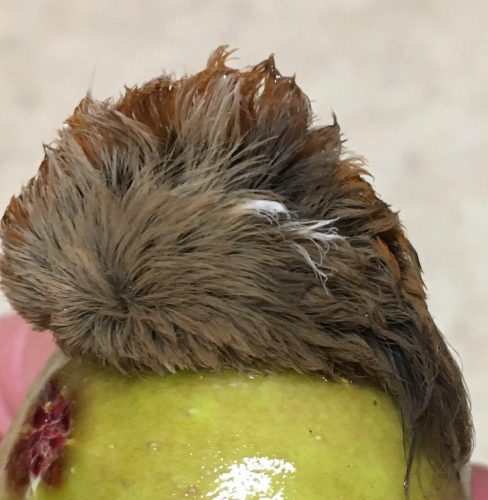 Although its venom probably won’t kill you, it can feel as though you are being sliced apart with a “scorching-hot knife,” as one Richmond, Virginia resident, described the pain.

Other states, including Texas and Florida, are more commonly plagued by this “cute” caterpillar. That’s why the Florida Poison Information Center offers tips to residents who have been harmed by this bug.

Have you ever come across one of these critters?