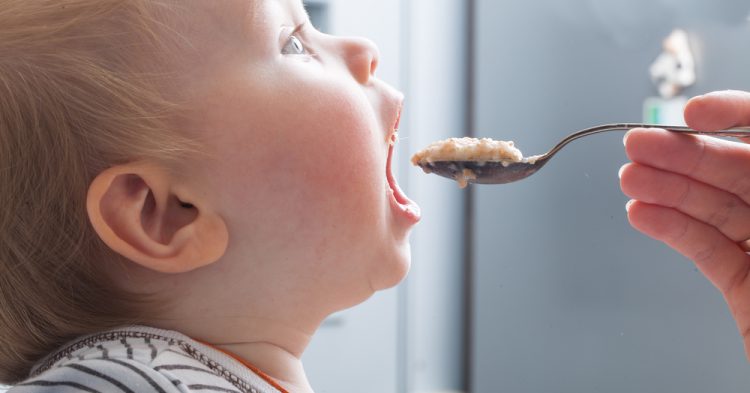 A TikTok video went viral across the United States a few days ago, and it should be very concerning for parents of babies. The video focused on a bag of Gerber baby formula. In the viral clip, the woman put a magnet next to the food only to have metal shards fly out of it. “I saw a post about Gerber having metals in their baby food, so I go and pull out my daughter’s cereal to take a look, and sure enough,” the audio in the viral video said.

TikTok user @jazi83 probably never thought that her video would get as big as it did. But as parents started seeing the alarming video and how Gerber baby formula apparently included pieces of metal, people were shocked – and appalled.

However, this video was met with a lot of skepticism. Many people wondered how Gerber – a world-renown baby company – could be selling food tainted with metal shavings. That’s one of the reasons that the people behind the “Fact or Cap” TikTok account decided to grab some Gerber food and a magnet to test it out for themselves.

As fate would have it, the “Fact or Cap” boys held a magnet up to the bag of Gerber food, and “tiny bits of metal” came shooting out of the cereal toward the magnet.

“I was not expecting this, but there were small amounts of something at least attracted to magnets,” they concluded.

Upon further investigation, the “Fact or Cap” team was able to confirm that there were shards of metal inside of the baby food. However, they were left with a question about why it was there and if it was safe for babies.

But Gerber has a perfect explanation for the “dark particles” in their infant cereal products. These shavings are iron and are “completely safe” for babies to consume.

“All of these nutrients are safe and accepted by the FDA. We add iron to support baby’s learning ability and brain development. We know that without iron, babies can risk becoming iron deficient, which can cause anemia, developmental delays, and cognitive concerns.”

Although it might seem alarming to find iron particles in baby food, this is nothing new. The American Academy of Pediatrics has been endorsing the iron fortification of infant formulas since 1969. AAP also reports that infants fed formula that has been fortified with iron are less likely to become iron deficient in their first year of life. Iron deficiency can lead to heart and developmental problems.

Iron is an essential mineral that we need to consume in our diets to stay healthy.

Unfortunately, iron deficiency in infants is a common nutritional problem, according to California’s Pediatric Wellness Group. Iron-fortified infant cereals can help lower the chance that your infant will be deficient in iron.

Are you surprised to learn that infant formulas are fortified with iron shavings to help babies beat nutritional problems?

Baby food and magnets? via @jazi83