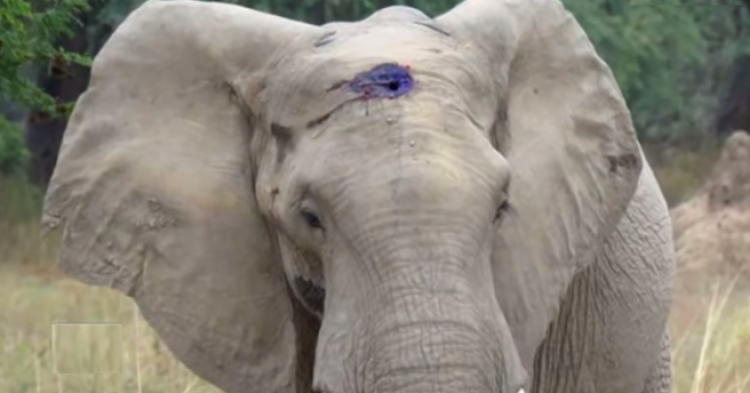 The cause of this elephant’s suffering was humanity. That’s why it is ironic that the elephant turned to human beings to help it in its time of need. Because some animal took a gun and shot this beautiful elephant right between the eyes, the amount of pain and suffering, this creature must have suffered is unimaginable. I’ve never been shot in my life, but I can imagine the pain from a gunshot wound would be great – and even more painful if the bullet entered into the head.

While the pain must be excruciating for the elephant – especially since the woman became infected not long after the monster hunting it for “sport” failed to deliver the kill shot, the bullet missed the elephant’s brain my centimeters. This elephant was lucky to still be alive because the bullet could have killed it if the shot had entered at a slightly different angle than it had. 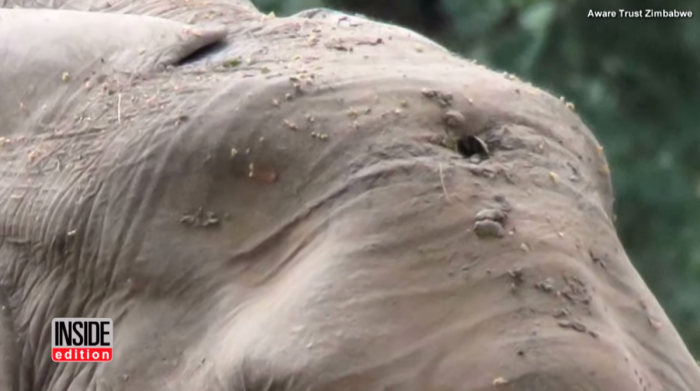 Fortunately, a group of doctors was traveling through Zimbabwe in Africa when the elephant came out of the bush and approached them. The creature must have felt an aura of goodness emanating from the health care professionals because it seemed to know – intuitively – that it would be able to trust these good doctors with its life. 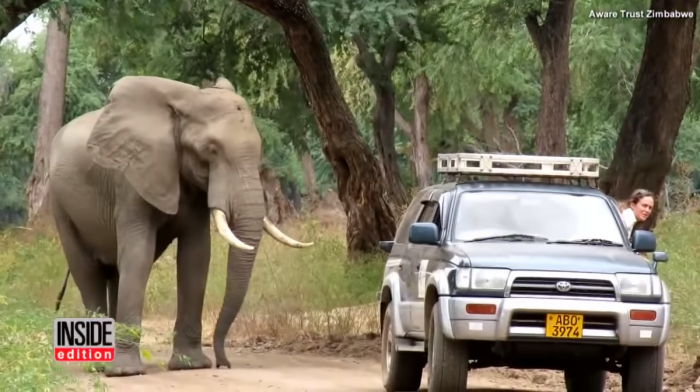 Because the elephant was in agony from the infected gunshot to the head, the doctors wasted no time helping heal it. They administered a tranquilizer and then took a field X-ray of the elephant’s head. Before they could go much deeper, they had to be able to understand what they were dealing with. 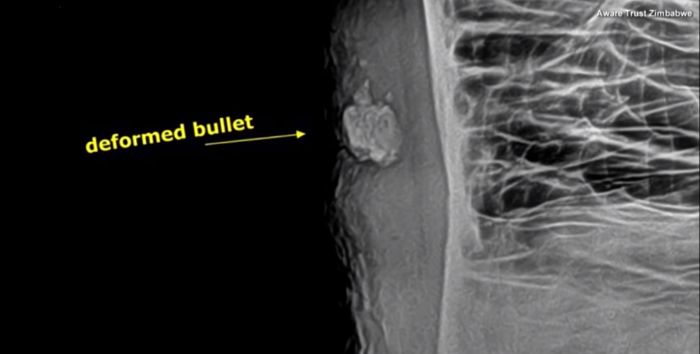 They soon found that the bullet was lodged in the elephant’s skull. It had deformed during the violence and was going to put the elephant’s life in jeopardy. They had no time to waste. Instead of rushing the elephant to a facility or an animal hospital, the good doctors got down to business while out in the savannah. And it was a good thing they did. If they had waited or tried to relocate the elephant, the majestic creature would have succumbed to the infection and passed away. 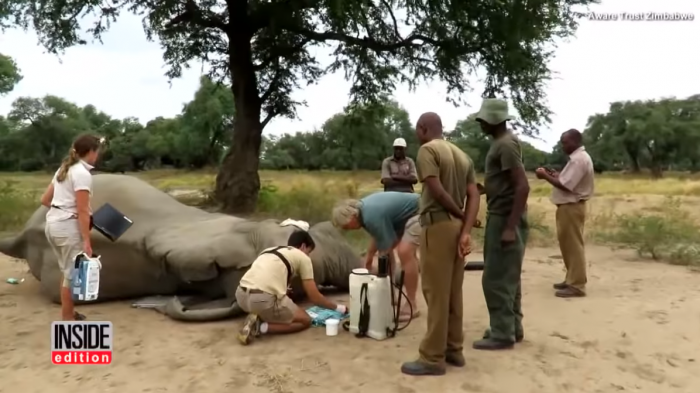 When the elephant woke up from the surgery, it was in a much better place.

Inside Edition helped cover the case and wrote the following on their YouTube video description: “This elephant was in so much pain; he walked right up to doctors to ask for first aid. Named Pretty Boy, this targeted elephant was shot in the head.  The elephant was then tranquilized and given an x-ray, which showed a deformed bullet in his skull. Vets believe Pretty Boy was hit centimeters too high for what’s called a ‘kill shot’ by a hunter. The elephant had surgery where doctors removed the bullet.” 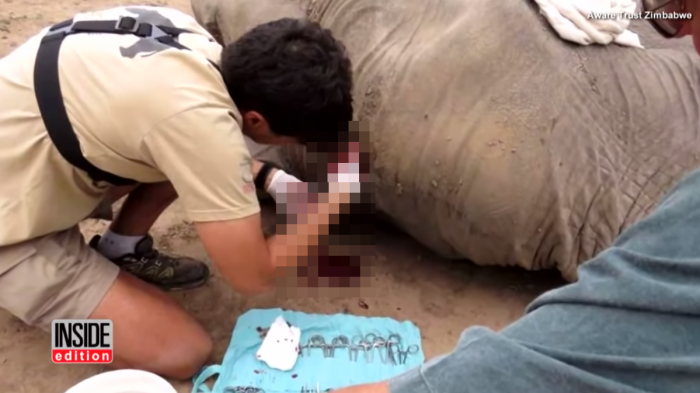 “This is not okay. It’s a sweet creature. He didn’t deserve it.” 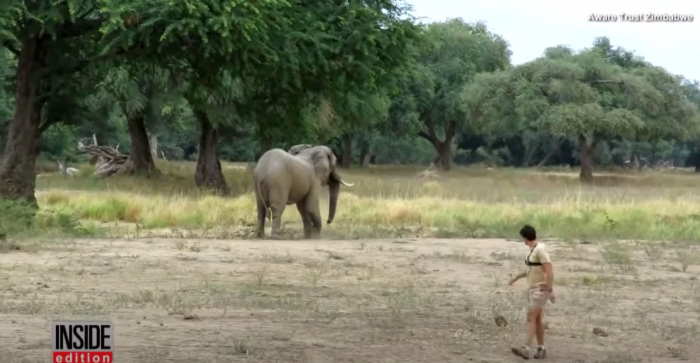 “Poor thing. He was smart to approach for help. he must have been desperate.”

“Sad how someone can encounter such a majestic beast and see dollar signs instead of natural wonder and beauty that is priceless.”