Couple Who Wants Grandchildren Are Suing Their Son And His Wife 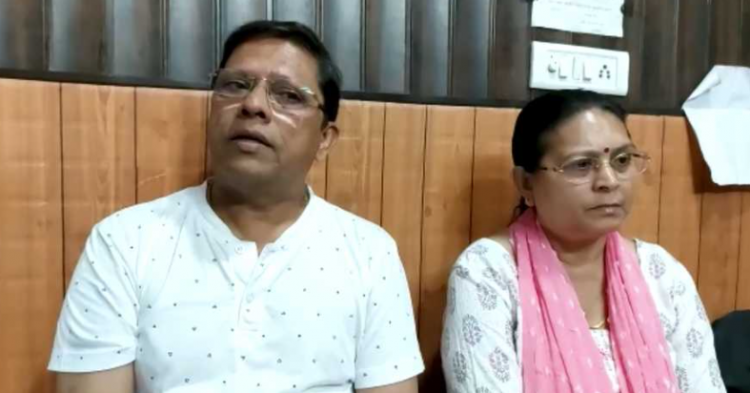 The son, a pilot, was married six years ago. According to his parents, that is more than enough time to try things out and get on with their relationship. The older couple wants their son and his wife to get to work having a child as soon as they possibly can – or pay a hefty fine.

The parents are suing their son for 50 million rubles, which is about equal to $675,000 if the son and his wife do not get pregnant within a year.

“We want a grandson or a granddaughter within a year or compensation because I have spent my life’s earnings on my son’s education,” Prasad told reporters on Thursday.

Prasad sent his son to the United States so he could earn his pilot’s license. He said that he paid 3.5 million rubles, which is about the same as $47,300.

“The main issue is that at this age, we need a grandchild, but these people (my son and daughter-in-law) have an attitude that they don’t think about us,” Prasad said. “We got him married in the hope we would have the pleasure of becoming grandparents. It has been six years since their marriage. It feels as if despite having everything, we have nothing.”

The couple’s petition to lobby their son for a child was accepted as an official lawsuit by the court. Their suit will go to a hearing on Monday in Haridwar, a city in northern Uttarakhand state, media reports said.

“We are not getting love and affection from where we want it the most,” he said. “I feel very unlucky.”

The son, who wished to remain anonymous, said that he and his wife are trying to have a child, but it just has not happened yet.

“We are very hurt by this lawsuit. My parents should trust us,” the son said. “We will have a baby, inshallah (God willing). We have been married for six years, and we are not in a hurry, but we are trying for a baby.”

The son said that he had no idea that his parents were so upset about not having a grandchild and that he would never have thought that they would go as far as to sue him.

“I am very shocked by this,” the son said. “I had no idea they felt this way.”

The son said that he would be meeting with his parents on Sunday to try and resolve the issue.

“I hope we can come to an agreement,” he said. “I love my parents very much, and I do not want to hurt them.”