Couple Walk Away From Seafood Restaurant With A Pearl Worth Thousands 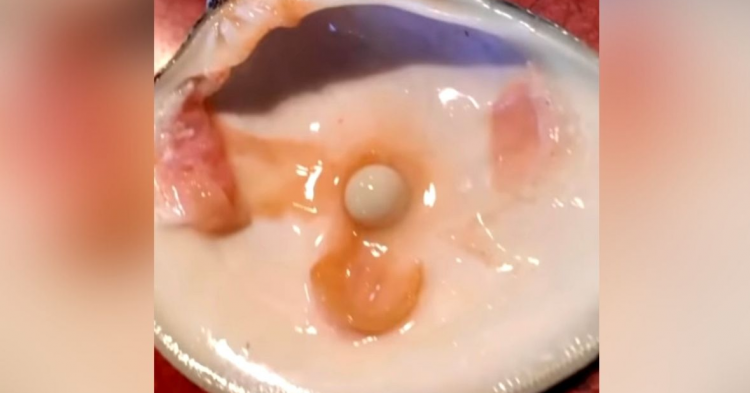 For the last thirty years of their lives, Michael and Maria Spressler have enjoyed many delicious meals at the Lobster House Restaurant in Cape May, New Jersey. While many visits were memorable, their latest will be one that they will never ever forget. The couple visited the New Jersey restaurant recently in celebration of their 34th year anniversary of visiting the restaurant as a couple when they were served an appetizer that left them in a state of shock.

Michael always loved ordering for the raw bar whenever he visited the Lobster House Restaurant. So, during this most recent visit, he did as he always did and ordered a dozen raw clams on ice. He slurped down about half a dozen of the shellfish when he suddenly noticed something round and hard in his mouth. At first, he feared that one of his teeth had broken clear off his head – but then he realized what it really was and could not believe it. 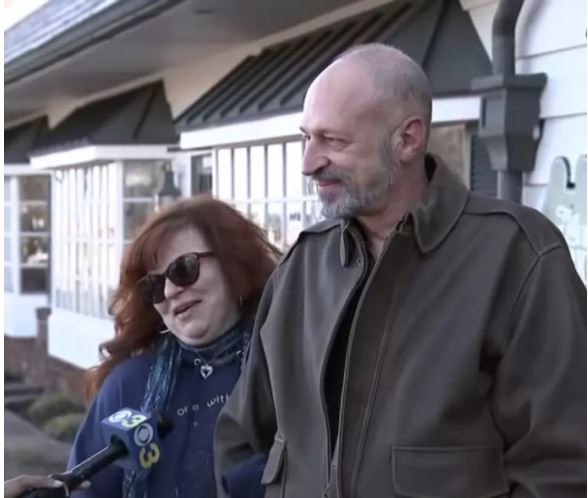 “I was down to the 12th one, and when I picked it up on the fork, it looked kinda heavy, but I didn’t think nothing of it,” Spressler told CBS affiliate KYW-TV. “Then, when I started to eat it, I noticed something was in my mouth. I actually thought one of my teeth broke.”

He spits the white thing out of his mouth. Based on its color and shape, he was certain that he had lost a tooth while eating his clams. But then he took a closer look and realized that he had found something far more interesting than a lost tooth. The clam that he had been served had contained a pristine pearl that could be worth a lot of money! 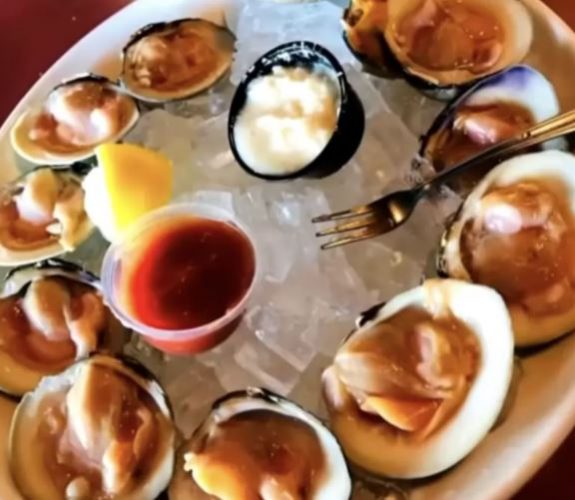 “He’s eaten dozens and dozens of clams, and we’ve never found anything like that, so it was pretty exciting,” Maria said.

Michael kept the pearl and enjoyed the rest of his meal with the love of his life. Afterward, he took the pearl to an appraiser who measured it to be about 9 mm in diameter, which gave it a value worth thousands of dollars. 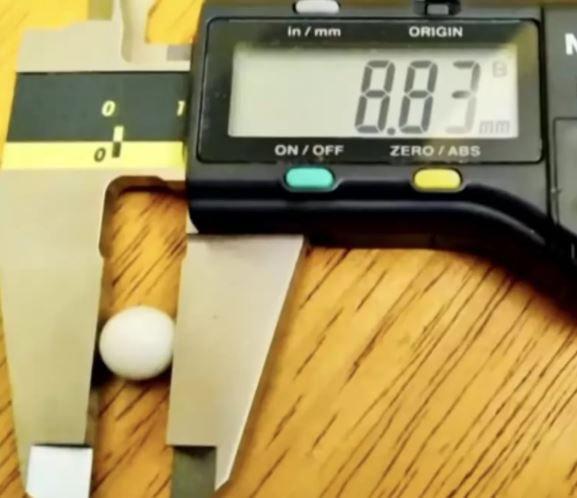 However, Michael and Maria Spressler do not want to part with their miraculous find. Instead of selling it to a jewelry maker or someone else who might be able to put it to use, they plan to keep the keepsake and treasure it as a magical thing they found one day at their favorite restaurant.

Maria even wants to have the pearl installed into some sort of jewelry that can be worn.

“I would like to have it set into a nice piece of jewelry, maybe a mermaid or something nautical. It’s a beautiful remembrance of that day and what we have is so special.” 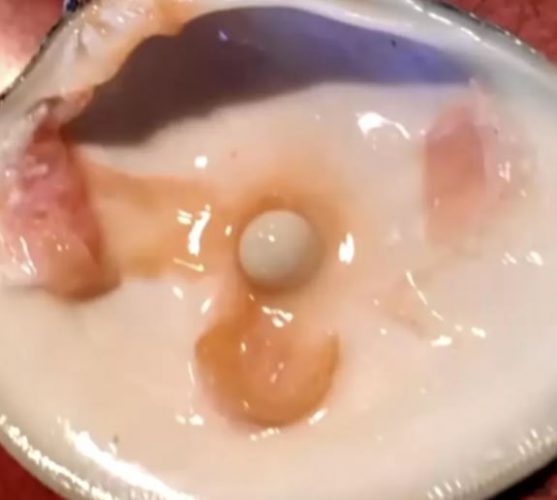 During a phone interview with TODAY Food, Keith Laudeman, the restaurant owner, shared in the delight of his customers.

“It’s pretty rare,” he explained. “We’ve seen small ones that aren’t really pearls but nothing like this.”

What do you think about this find in a dozen clams?