Cop Pulls Over Man Who Refuses To Comply, Then Says One Chilling Thing 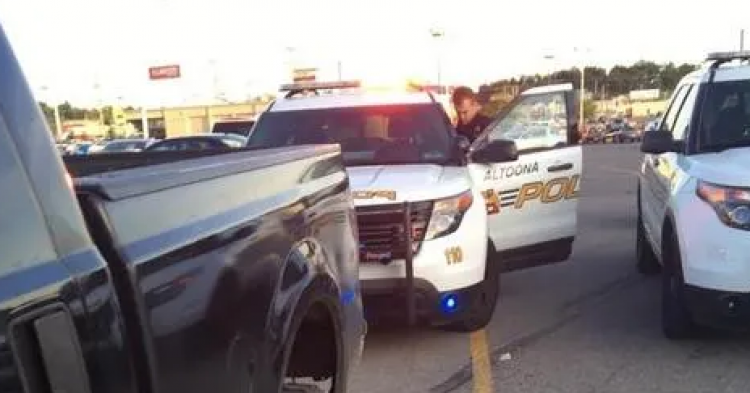 Matt Powers was driving along in Altoona, Pennsylvania, when an armed, uniformed police officer pulled him over for a routine traffic stop. Powers didn’t know what was wrong, so he tried to remain calm and hope for a best-case scenario. However, Powers was hiding something in his vehicle that could be problematic for a police officer. After the police officer approached Powers and asked him for his license, registration, and insurance, the driver refused to hand over all the materials and then confessed something to the police officer that chilled him to the bone.

Powers had a loaded handgun in his glove compartment and didn’t want to alarm the police officer. Thankfully, the cop was understanding of Powers’s love for the second amendment, and the situation did not go as poorly as he feared it might.

Powers wrote: “He approached the driver’s side and asked if I knew why he stopped me, and I said I did not. He said my registration expired…He asked to see my driver’s license, registration, and insurance card. As I kept my hands firmly locked at 10 and 2 on the steering wheel, I immediately started…..

“’ For your safety and mine, sir, I would like to inform you that I am a legally armed citizen. I have a concealed carry permit in my wallet. I don’t want to get my registration and insurance card because I have my pistol in the same compartment as my documents. The pistol is in the small compartment under the cup holder. Please be careful. There is a round in the chamber, the thumb safety is on, and there’s an extra magazine with it.’

“He asked that I keep my hands on the wheel like they were and asked again where my handgun was. He asked where my wallet was with my permit card. I answered and then said…..

“’ I would like you to take possession of the handgun. I’ll get out of the truck if you want me to while you get it.’ He told me that would be great and thanked me for my cooperation.

“When I got out of the truck, he wouldn’t turn his back to me. I asked if he would like to search me for any other weapons, so he knew I wasn’t a threat. He said…

“’ If you don’t mind, that would be great. Do you have any other firearms or weapons on you or in the truck?’ I replied that I did not.

“After all the formalities, the cop brought my pistol back to me, and I said, ‘If you want, you can just lay everything on the driver’s seat, and I’ll get it when we’re done.’”

“I thanked him for being as calm as he was especially dealing with someone that had a handgun that was legally carried. The cop thanked me for my cooperation. He asked me to sign the warning ticket and to make sure to get my registration taken care of ASAP.

“I thanked him and the backup officer for their service and told them to be safe, especially nowadays with all the crazy shit that was going on. I told them that was the reason I carry a handgun myself. I shook both of their hands. He handed me my warning, and I went on my way.

“After the cold-blooded terrorist attack and hate crime in #Dallas and that day learning about #BatonRouge where the blood spilled still fresh in the minds of every American, I chose to do what I thought was right.”

What do you think about this man’s positive encounter with the police?