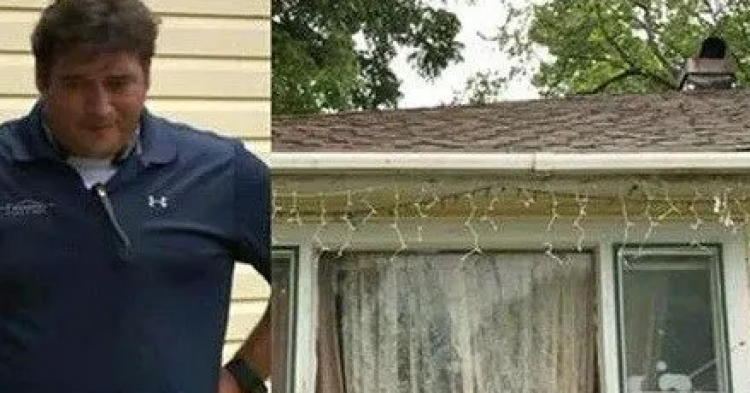 Joanna Wiley does everything in her power to give her three-year-old daughter a good life. So, when mom noticed that the roof had sprung a leak directly above her preschooler’s bed, she decided that she didn’t have time to wait for a contractor to fix the issue. Instead, she grabbed the tools and got to work fixing the problem herself, climbing a ladder to get to her roof.

Unfortunately, Joanna slipped while climbing the ladder and fell off the roof, and landed on her front porch. The fall was more devastating than it might have sounded because the dedicated mother was left with a traumatic brain injury because of the fall. However, that was not all. While Joanna was being treated by doctors for the brain injury, she sustained as a result of falling off the roof of her home. She was also told the devastating news that she had developed thyroid cancer – as if a brain injury were not enough for this busy mom to cope with.

Through all of these challenges, the fact remained that Joanna’s roof still needed to be fixed. However, she no longer had the ability to do it herself and needed help from her local community to find someone to get the job done. That’s when Joanna did what millions of people do every week – she turned to Facebook to share an update from her life, asking her friends and followers to help connect her with a contractor who had the available to come to her house and fix the leak in her roof.

In the post, Joanna created a video in which she begged her local community to come to her aid and find someone to help her fix the problem with her roof.

For six months, nothing happened. Joanna’s roof remained unfixed, and she had to move her daughter’s bed away from the leak. During this time, she was so busy focusing on her recovery from both the traumatic brain injury and cancer that Joanna barely had a minute to relax and cope with the mounting stress of her life.

Then, out of nowhere, Edward Aguado of Edwards Roofing and Repair in Hillsboro, Missouri, showed up at Joanna’s house, ready to repair the hole in her roof.

But Ed was not a scam artist – instead, he was a Good Samaritan who wanted to help a Missouri mother in need. He happened to hear about Joanna’s cry for help from a friend and knew that he was the person who had to come to her home to help her fix her roof.

“She’s literally sitting in there watching water pour into her daughter’s room, so me and my sales guy Matt, we came up there, boarded it up, tapped it, and three days later I had a new roof on her house,” Ed Aguado said.

“It makes it 100 percent worth it,” Aguado said. “We’re glad we did it. I was in a position where I could help, and I wanted to help. It was really as simple as that.”

Thankfully, Good Samaritans like Ed Aguado of Edwards Roofing and Repair are out there to lend a helping hand during a moment of need.