City Council Removes Dog’s Headstone After It Was Deemed “Inappropriate” 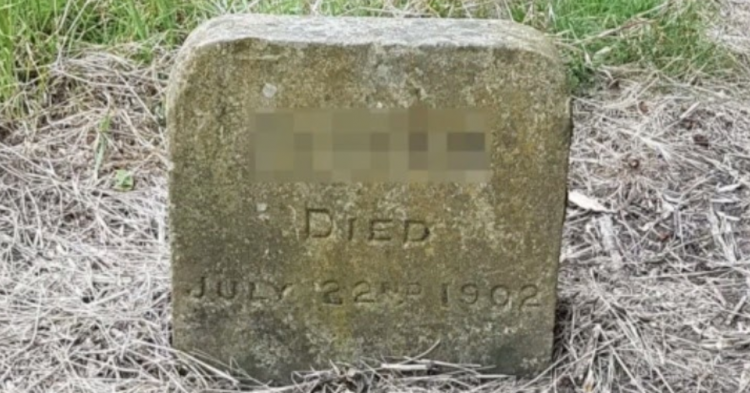 When a dog died in 1902, its owners decided to give it the luxury of a burial. While there were many people who did not have the money to afford a tombstone, this dog’s owners forked out a lot of money to install a tribute to the beloved pet. But since these owners wanted this pet’s name never to be forgotten, they carved the name, the N-word, onto the rock so it would stand the test of time.

One hundred and eighteen years have passed since this dog died. Now the local city council wants the gravestone removed from the cemetery because the N-word is “not appropriate” anymore even for dead dogs that might have gone to heaven. The pet cemetery with the racially-charged name on the dog’s tombstone was located in Coombe Abbey Hotel in Coombe Abbey Park, Warwickshire, across the pond known as the Atlantic Ocean in the United Kingdom.

Last year, a visitor to the pet cemetery noticed the racist name and reported it. However, the cemetery refused to let go of the “historic” tombstone of the dead dog. That’s why the City Council stepped in and deemed it “not appropriate” for the pet cemetery.

Although the pet name was supposedly popular among Brits back at the turn of the century – despite its horrible connotations as a racial slur – the general consensus is that a tombstone with the N-word on it is no longer acceptable in public.

Despite public pressure to remove the racist tombstone, the Coventry City Council wanted to keep it as “a historical and pertinent reminder of how far we have come as a society in challenging and educating people about racism.”

Visitors to the park disagree. Nathan, a local who loves his local pet cemetery, believes that at this point in history, signs like this need to be removed. If the Coventry City Council really wants to preserve the tombstone as a “historical” reminder of the past, they can take it and put the dead dog’s grave marker in a museum.

Speaking to Coventry Live, he said: “Apparently this was a common name for a dog owned by white British people back then. I have looked it up online, and a lot of people defend it being there as it was ‘acceptable at the time’ – they fail to see that it was acceptable only to white people and black people would have, and still are, hurt to see this word immortalized into stone in such a public place. If a Nazi German had a dog called K***, it would in no way be acceptable to have a monument with its name on today. I was shocked to see it. I don’t need to be reminded of the 400 years of barbaric treatment Africans received at the hands of Europeans while I am on a country walk. I can go to a museum if I want to see that sort of stuff.”

After a lengthy battle, the City Council finally agreed to remove the racist grave marker.

A spokesman for Coventry City Council said: “We can confirm the historical gravestone in memory of a loved pet was removed. Our stance on racism is clear, and although the gravestone was from another time, it is not appropriate today.”