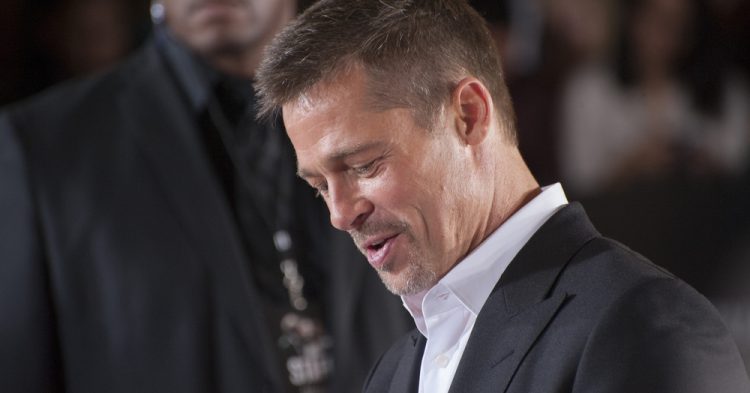 During a candid conversation between 55-year-old Brad Pitt and 81-year-old Anthony Hopkins, the pair got down to brass tacks and talked about the challenges of living a Hollywood lifestyle. Although the news media will make it seem like celebrities have it easy – with constant glitz and glam – Brad Pitt made it very clear that he’s gone through many struggles himself throughout the years, namely alcohol addiction.

While speaking with Hopkins, who brought up Pitt’s addiction to booze, the younger actor revealed that he had, in fact, struggled to curb his addiction to alcohol but managed to take a lot of life lessons out of the struggle. 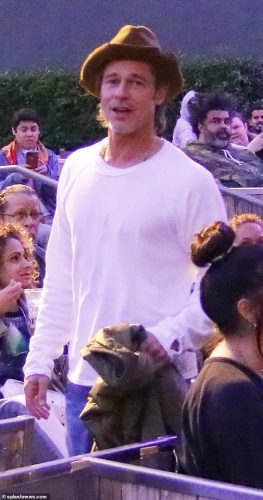 Pitt admitted that drinking was his “escape.” Pitt “had a struggle with booze and all that,” which many actors deal with — having to perform in the spotlight day after day puts a lot of pressure on people. Although Brad Pitt has been a star celebrity and A-list actor for decades, he’s not invulnerable to the pressures of Hollywood.

“Well, I just saw it as a disservice to myself, as an escape,” Pitt said about his overuse of alcohol as an emotional crutch.

Hopkins previously worked with Pitt on Meet Joe Black and Legends of the Fall. He asked Pitt if, at his lowest point, drinking alcohol had become “necessary.”

Without hesitation, Pitt replied, “To some degree, yes.”

When the pair worked on Meet Joe Black, Hopkins told Pitt about his own struggles with alcohol abuse. He said that Hopkins was “embracing all your mistakes” and that if a person can do that, “there’s beauty in that” forgiveness of oneself.

Pitt said, “I’m seeing that these days. I think we’re living in a time where we’re extremely judgmental and quick to treat people as disposable. We’ve always placed great importance on the mistake. But the next move, what you do after the mistake, is what really defines a person. We’re all going to make mistakes. But what is that next step?”

Pitt believes that all people make mistakes. That’s not what matters. What matters is how the person responds to the mistakes once they realize that they erred.

“We don’t, as a culture, seem to stick around to see what that person’s next step is. And that’s the part I find so much more invigorating and interesting.”

Beyond his struggle with alcohol, Pitt also told Hopkins how he loves spending time with architect Frank Gehry. Although Gehry is getting on in years, the pair still makes time to meet and chat.

“He just turned ninety this last year and is as creative as ever, creating some of the great buildings of our time. And it makes me think, ‘We’re human, we want purpose. We want meaning in our lives.’ But to attain that, the key is two things: Staying creative and being with the people we love.”

Although Hopkins is a Hollywood star, he’s not a patron of movie theaters.

“I’m not a great fan of going to movies anymore. Except, for example, I went to see Once Upon a Time in Hollywood.”