Baby Who Was Cooked In Oven By Her Mom, Continues To Thrive 14 Years Later; Hits Major Milestone 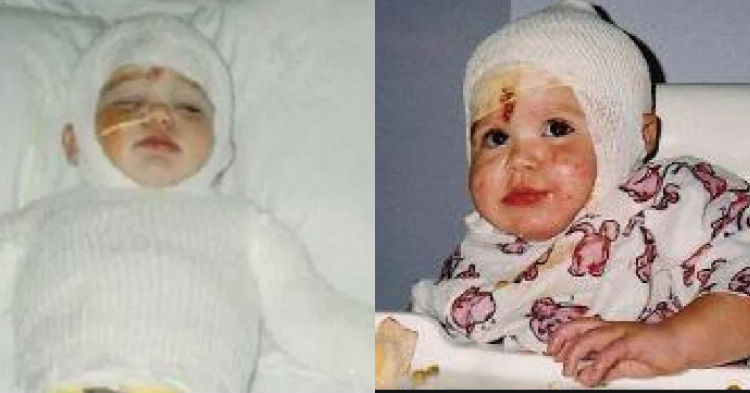 This story began in 2002 when there was a 14-month-old baby that was discovered in an oven by Robert Smith, her father. This all happened in their home in Prattville, Alabama. Melissa Wright, the child’s mother, pulled all of the racks out of the oven and set it to 600 degrees Fahrenheit. Once the oven was set to broil, Wright, placed the baby, whose name is Ashley, in the oven and allowed the child to burn.

By some miracle, this resilient and determined little girl survived this. She ended up going through 28 surgeries over the course of a decade due to her extensive third-degree burns.

Fast forward 14 years and little Ashley is not so little anymore. She is now 15 and preparing to start her freshman year of high school. Melissa Wright, her mother who put her in the oven, is still in prison over the heinous act. Ashley recently called the parole board and asked that her mother not be granted parole in this case.

In 2003, Wright went to court over the horrific thing that she did to her daughter. She was charged with attempted murder and plead guilty to the charges. As a result, she was sentenced to 25 years in prison. Before pleading guilty, she tried to fool the court and told authorities that she did not put her daughter in the oven. She claimed that the child simply fell in when she was holding her and that the oven door just closed on its own. Of course, this was quickly proven to be untrue by the prosecution. She tried another tactic to try and get out of her charges after this failed. She said that she had voices that told her that she should place Ashley in the oven.

She was considered for an early release just this past July. However, she was ultimately denied this. Ashley feels that her mother deserves to serve her full sentence and her attorney put this request in writing. Since she was denied parole this time, she will not be able to try for it against until 2021.

Courtney Brenson, Ashley’s sister, feels that their mother should be allowed to be on parole. She visits Melissa Wright and claims that she is different now and that her mental health is in a better state. Ashley disagrees and feels that Wright needs to spend more time in prison for what she put her through. Ashley says that she did forgive Melissa, however, and while she does not love her, she does not hate her either.

An uncle and aunt on Ashley’s father side raised her after the horrific incident. She considers them to be her parents. She says that Wright never apologized for what she did to her.

Ashley is not allowing the trauma that happened when she was a baby stop her from living a full life. She is getting ready to head to high school. From there, she plans to head to college and she eventually wants to work at a children’s hospital as a surgeon so that she can help kids like healthcare providers helped her when she was a child.