America’s Oldest Citizen Has Passed Away 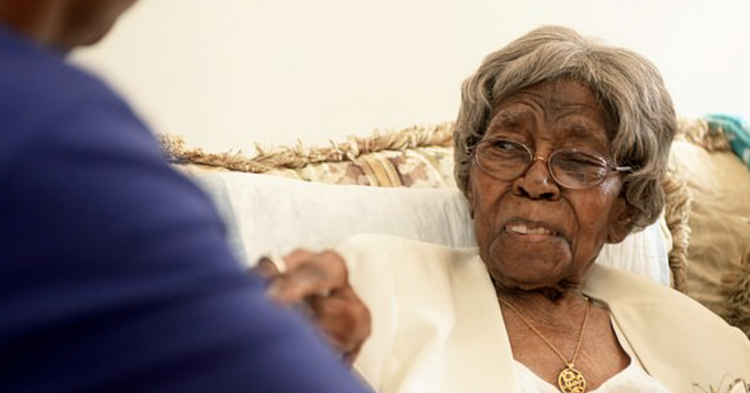 The oldest person living in the United States has passed away. Hester Ford was either 115 or 116 years old, but either way she was the oldest living person in America before her death. She is survived by her enormous family, which includes 12 children, 48 grandchildren, 108 great grandchildren, and 120 great great grandchildren. The Gerontology Research Group, which tracks people over the age of 100, announced that she passed peacefully in Charlotte, North Carolina.

Her great granddaughter, Tanisha Patterson-Powe, released a statement that read, “She was a pillar and stalwart to our family and provided much needed love, support and understanding to us all.”

Ford was born on a farm in South Carolina in 1905 when Teddy Roosevelt was the President. She grew up picking cotton, was married at the age of 14, had her first of twelve children at 15, and spent the last 60 years of her life as a widow after her husband died in 1963.

She took a bad fall when she was 108, and that was the first time she was hospitalized in her entire life.

“She not only represented the advancement of our family but of the Black African American race and culture in our country. She was a reminder of how far we have come as people on this earth. She has been celebrated all over the world by local governments, community leaders, social media, foreign dignities and Presidents as a cherished jewel of society for holding the honor of being the oldest living person in America.”

Rest in peace, Hester. You will be missed!