Alton Brown Is In Big Trouble After Posting This “Offensive” Joke 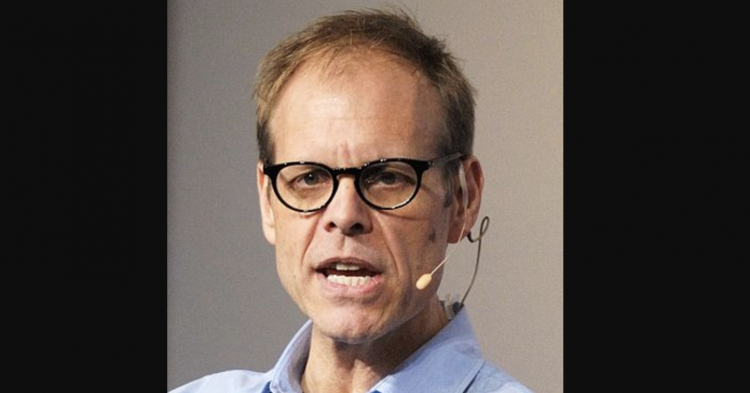 After Food Network host Alton Brown made a joke referring to the millions of people who died at the hands of Adolf Hitler and his Nazi Party, he insulted the survivors of the tragedy and every one of their descendants. Although Brown has since apologized for his insensitive remarks, his reputation may be forever tarnished as he tries to recover from the vile things he said for “humorous effect” in the series of tweets.

Brown has since deleted the series of tweets about the concentration camp. Although he claims he wrote the tweets as a way to joke about the state of America, he also said he is “deeply frightened” over the current state of the country as Trump fails to concede to Biden.

The “Good Eats” star has lost many fans for his series of Holocaust tweets. Many of them urged him to “think deeper before you speak” and have common sense about what is okay to joke about and what is off-limits.

Brown began his series of tweets by attacking the Republican Party and urging them to abandon Trump and his extremist followers. He wrote that the GOP politicians needed to “get their collective noses out of that man’s a**.”

However, Brown soon subjected his 4.5 million followers to Holocaust comments as he tried to make a political comment about the state of America right now and the extreme nature of Trump’s followers.

“So, when they move us to the camps, do you think they’ll let us choose the state? I’m going to ask for Kansas because the sky is so gorgeous there… over the wheat,” he first wrote to Twitter. “I’m going to hope for Key West. I don’t do well with the cold. Also, you guys think I’m kidding.”

The tirade continued with Brown shouting, “Do you think the camp uniforms will be striped, like the ones at Auschwitz or will plaid be in vogue?”

He added, “Good luck, everybody. I’m going to make a run for it … Do you guys think votes actually matter here #sad.”

The criticism was loud and powerful. Brown was forced to admit he was at fault.

“If you have to dig in other people’s graveyards for references of pain to relate your discomfort to an oppression you’ve never really known by a longshot, just keep your mouth shut and think deeper before you speak,” offered food writer Michael Twitty.

“As a (formerly) religious Good Eats viewer who owns all three cookbooks, @altonbrown coming out as a lifelong Republican was bad enough… But Holocaust jokes? Really?” added a Food Network viewer.

Other people did not find Brown’s comments to be that offensive.

“I thought it was fine, and I’m the descendant of Holocaust victims & survivors. We can never forget what happened. We must constantly check that this administration doesn’t do it again,” wrote Brown’s supporter.

He apologized the following day: “I apologize for the flippant reference I made to the Holocaust in my tweet last night. It was not a reference I made for humorous effect but rather to reflect how deeply frightened I am for our country. It was a very poor use of judgment and in poor taste.”